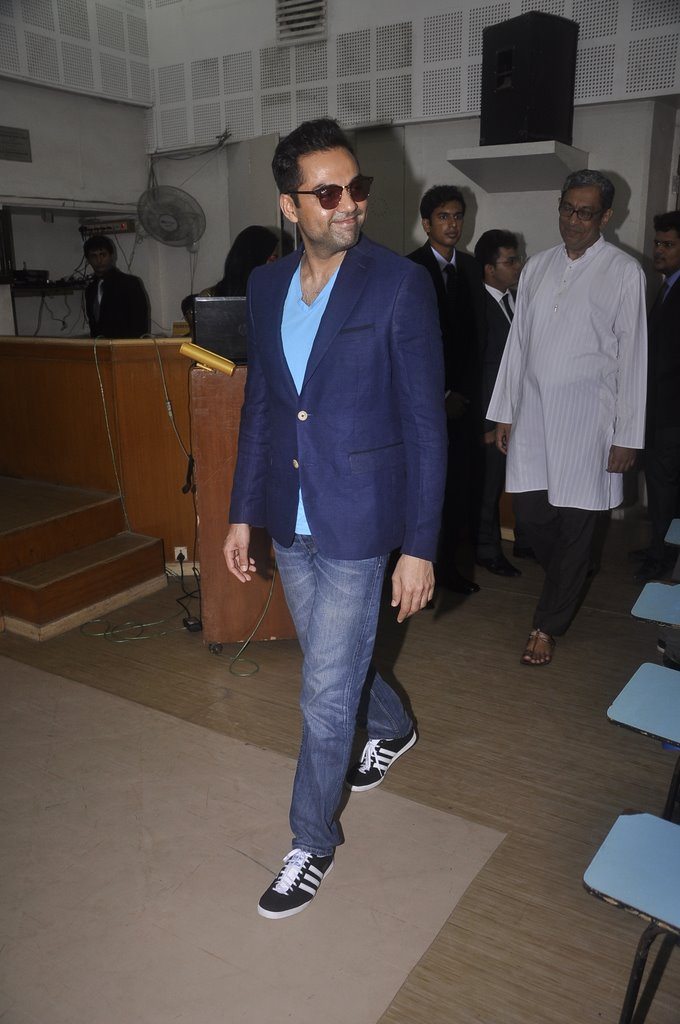 Bollywood actor Abhay Deol inaugurated St.Xaviers College’s annual festival – Malhar – in Mumbai on July 17, 2014. Malhar is known to be one of the best college festivals in Mumbai city, each year, the fest has a unique theme that dominates the entire look and feel of the gala event, this year’s theme is “Malhar 14: A Renaissance”.

The ‘Zindagi Na Milegi Dobara’ actor at the event said, “ Yes it did remind me of my college days where celebrities used to visit, they used to give the speech & we all used to be excited listening them, the idolism & innocence that I had when I was in college this event did remind me all those memories.”

The actor was last seen in the movie ‘One By Two’ which he had also co-produced, this was the first movie in which he starred with girlfriend Preeti Desai.

The actor in recent times, is best remembered for his performance in Zoya Akhtar’s ‘Zindagi Na Milegi Doobara’.