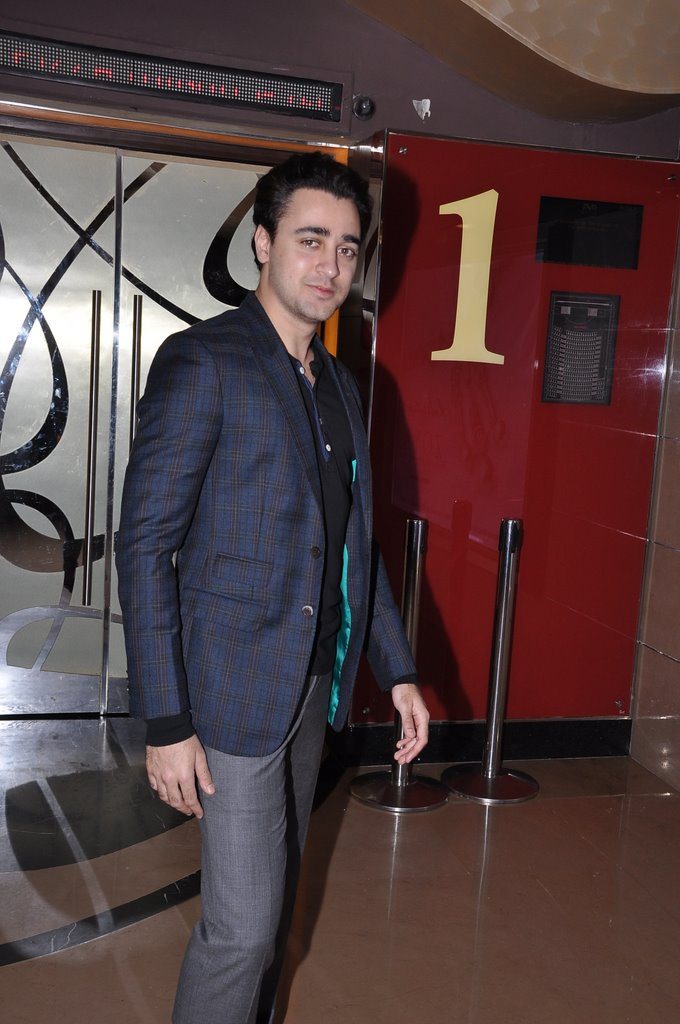 Bollywood’s newest parent in town – Imran Khan –  attended the premiere of the upcoming movie ‘Pizza 3D’ at PVR Cinemas in Mumbai on July 17, 2014. Imran looked impessive in a formal outfit. The premiere was also attended by actors Shakti Kapoor and Dipannita Sharma.

The movie has Akshay Oberoi and Parvathy Omanakuttan in lead roles. The story revolves around the character of Kunal (Akshay Oberoi) – a pizza delivery boy – whose life turns upside down when he goes to make a delivery.

The movie will mark the debut for director Akshay Akkineni and the movie has hit the theaters on July 18, 2014. ‘Pizza 3D’ is produced by Siddharth Roy Kapur and Bejoy Nambiar.