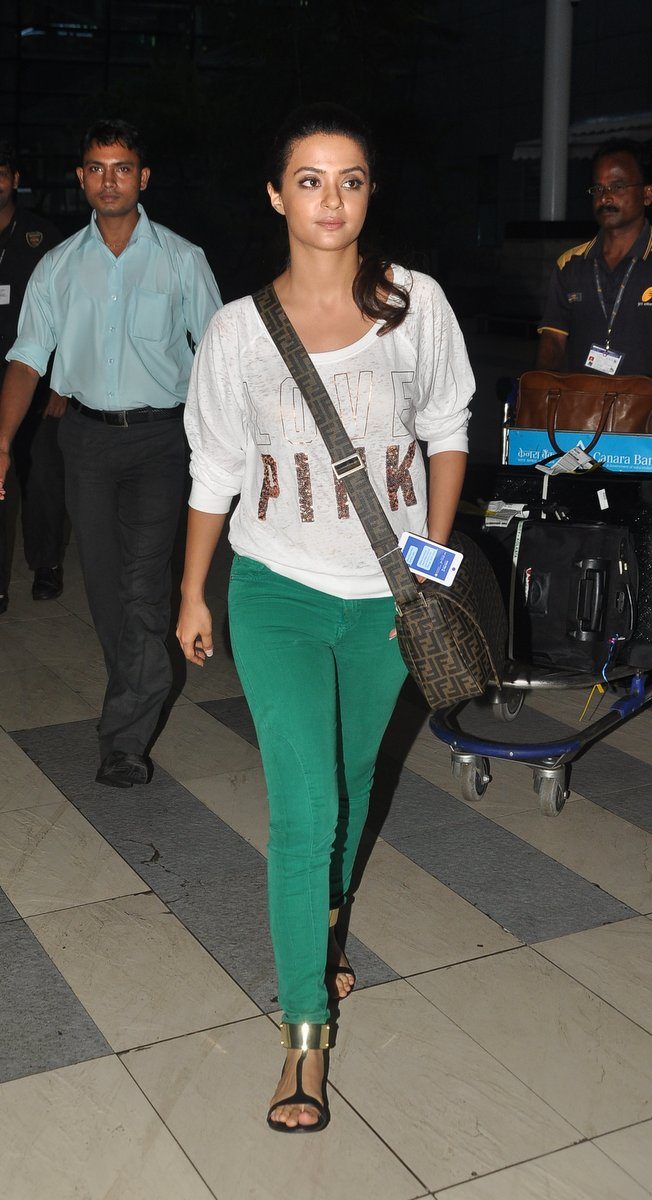 Bollywood actors Jay Bhanushali and Surveen Chawla were returning from another hectic promotional session for their upcoming movie ‘Hate Story 2’ held in Indore city. The actors returned to Mumbai on July 17, 2014.

The movie is a sequel to the 2012 movie ‘Hate Story’ which had Paoli Dam and Gulshan Devaiya. ‘Hate Story 2’ has hit the theaters on July 18, 2014 along with other movies ‘Amit Sahni Ki List’ and ‘Pizza 3D’.