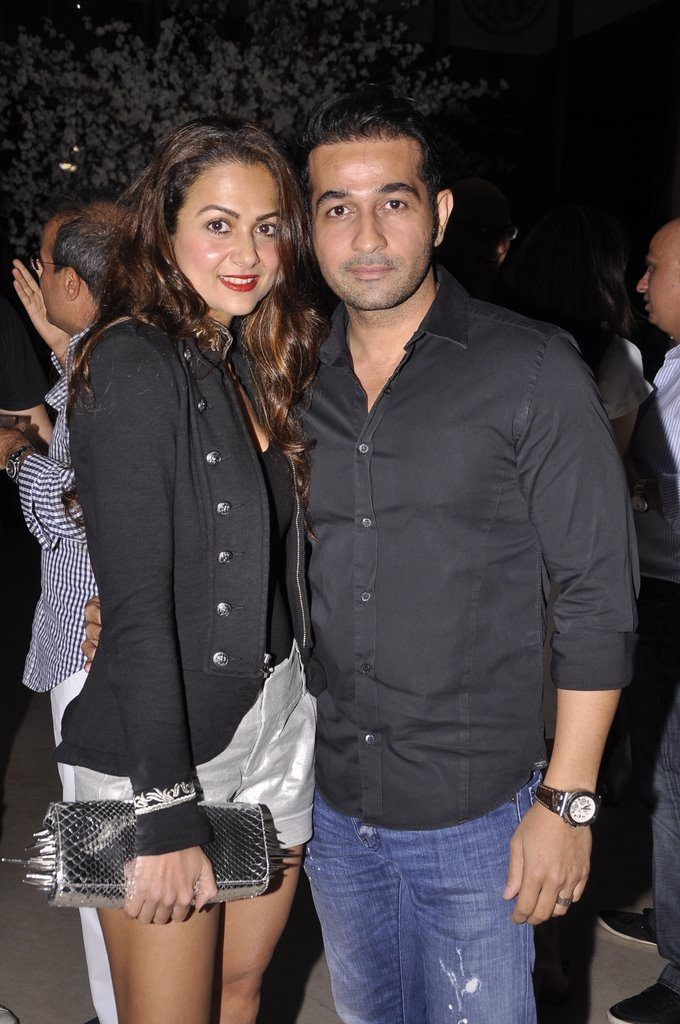 The Arora sisters have always been known for their impeccable sense of style, the two have their own distinct, but flawless choice of wardrobe. The two yummy mummies showed off their fashionista skills at the Aqbab club launch event.

Mother of two sons – Amrita – looked hot in metallic Alice + Olivia Shorts, paired with a military blazer and a black tank. Those shinny metallic pumps were a definite eye-catcher.

Malaika looked her trendiest best in a pair of blue pants and a white shirt, topped of with a red Saint Laurent bag. Malaika is all set to sizzle the screen with an item number in the upcoming movie ‘Dolly Ki Doli’, which is directed by Abhishek Dogra and produced by husband Arbaaz Khan.