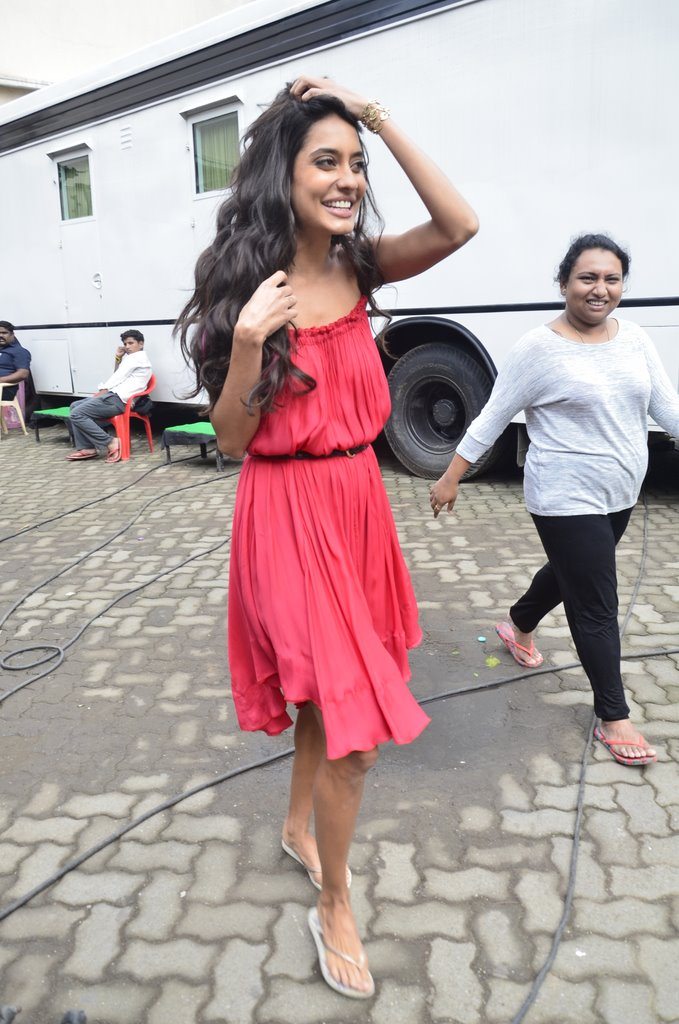 Lisa Haydon gets busy with Bollywood.

Indian model-turned-actress Lisa Haydon accompanied actors Anupam Kher and Akshay Kumar on the sets of Shaukeen at Mehboob Studios in Mumbai, on July 19, 2014.

Shaukeen is an upcoming Bollywood movie, which is directed by Abhishek Sharma. The movie also stars Paresh Rawal, Annu Kapoor and Anupam Kher.

The film is a remake of the 1982 movie with the same name, which was directed by Basu Chatterjee.

The makers of the movie started shooting in April 2014.