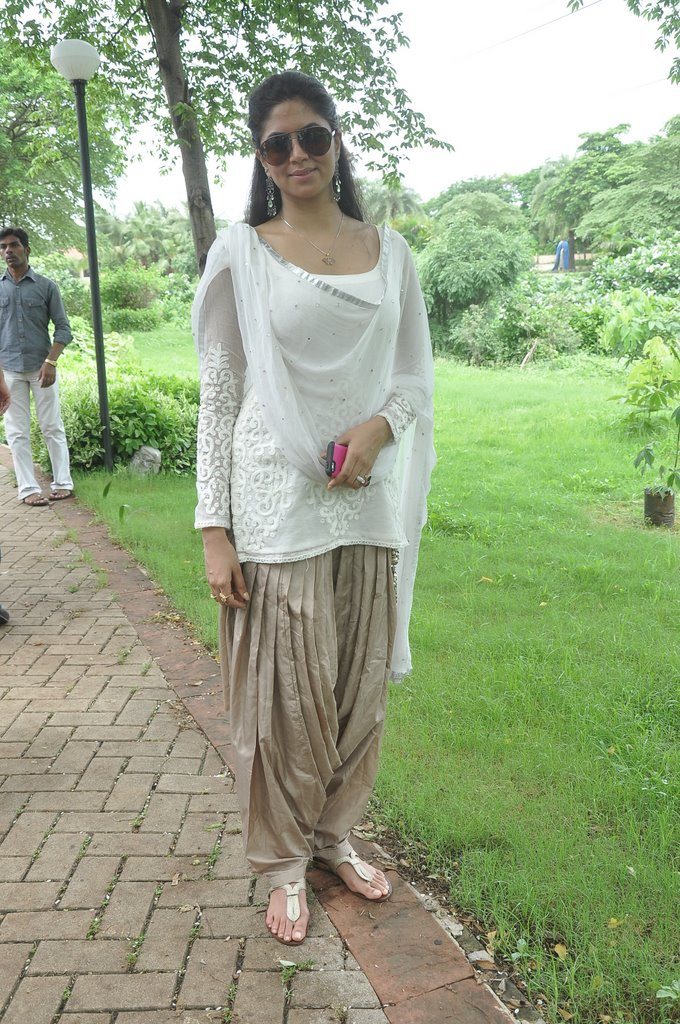 TV stars contribute to the environment by participating in tree plantation drive.

Indian television actors Kavita Kaushik and Daya Shetty attended a tree plantation drive held at Malad in Mumbai, India on July 20, 2014. The event, which was organized by Aslam Sheikh was also attended by Tanisha Singh.

The organizers of the event felicitated Kavita, while Daya was seen interacting with fans and obliged for autographs and pictures. Daya of the C.I.D. fame arrived in a casual jeans and white shirt look. Kavita looked demure in Indian wear.

Kavita is best known for the TV series ‘F.I.R’ on Sab TV and plays the role of Chandramukhi Chautala. The actress has so far won about 50 awards for the series as she plays a female cop.