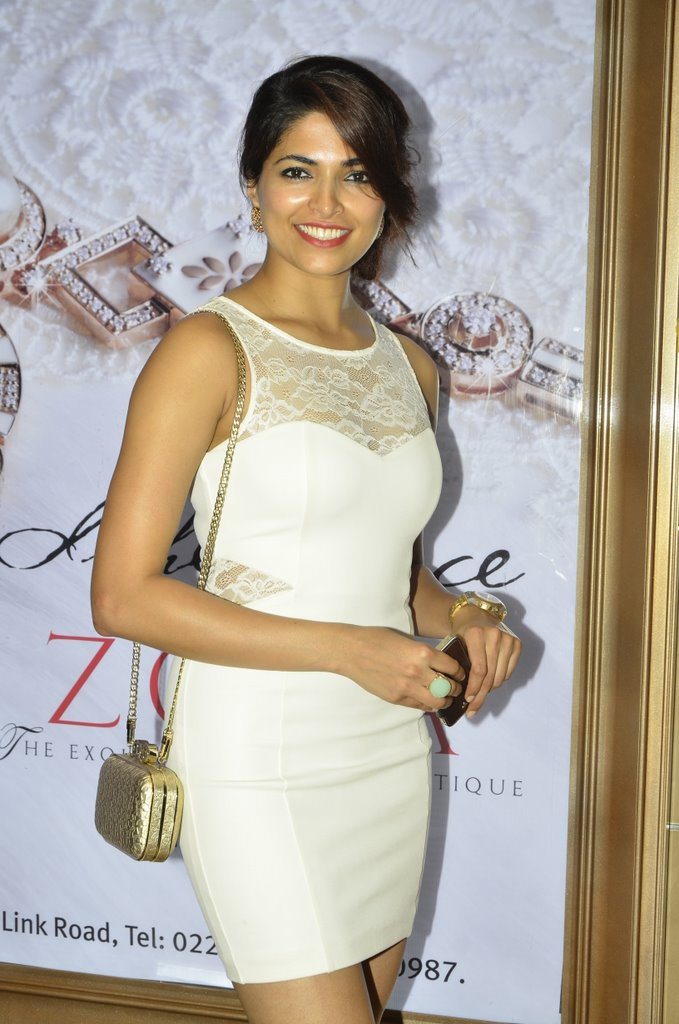 Indian model and actress Parvathy Omanakuttan hosted a special screening of her movie ‘Pizza 3D’ for her model friends at PVR in Mumbai on July, 21, 2014.

Parvathy looked super stylish in an off white dress paired with a golden sling clutch.

Parvathy was crowned Miss India in 2008 and later, also became the first runner up at Miss World pageant 2008. Apart from Hindi movies, the leggy beauty has also worked in Tamil and Malayalam movies.