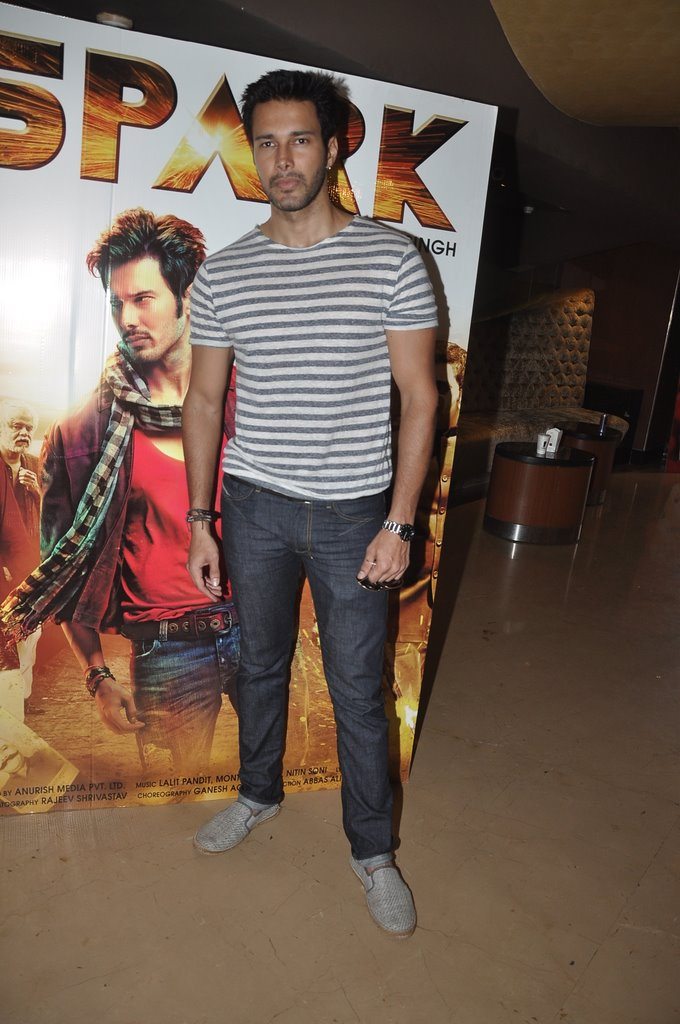 Bollywood actors Mansha Bahl, Ranjeet and Rajneesh Duggal launched the trailer of their upcoming movie ‘Spark’ at PVR in Mumbai on July 21, 2014. The movie is directed by Binod Kumar Singh and is produced by Naresh Gupta.

Rajneesh Duggal at the event said that the way they have made the movie and the amount of hard work that they have put in is great. Rajneesh has earlier worked in movies like ‘Samrat & Co’, ‘Dangerous Ishq’, ‘Be Careful’ and ‘Phhir’.

The Indian model was the runner up at the Mr. International and was the winner of Kingfisher Model of the year in 2005. He has also won the reality Tv show ‘Khatron Ke Khiladi’.