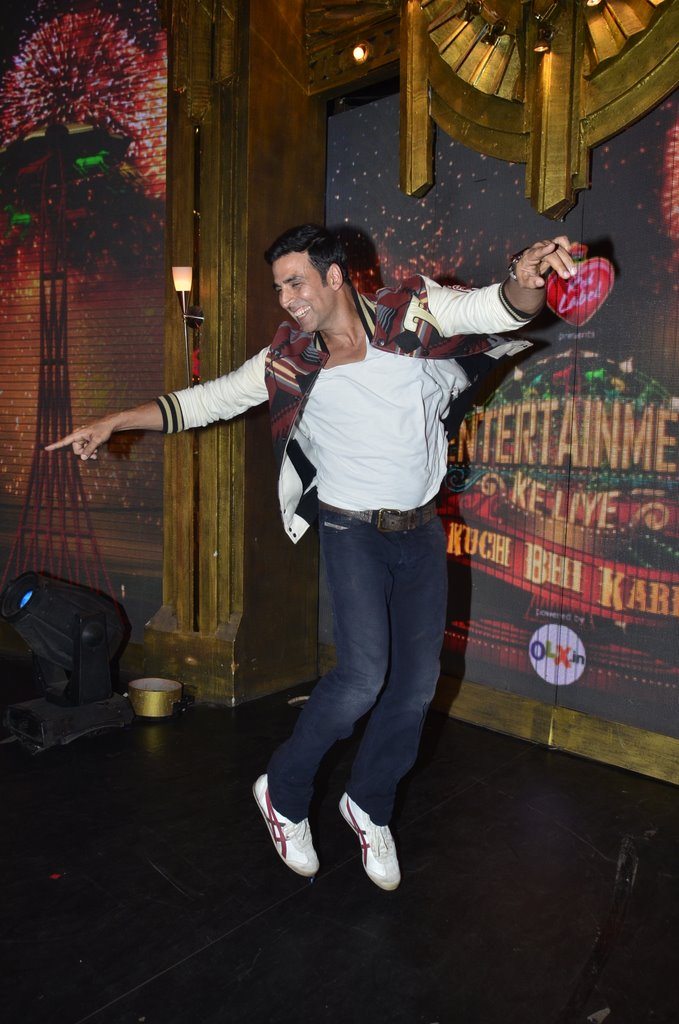 ‘Entertainment’ has been directed by debutant duo Sajid-Farhad who have previously worked on various other Bollywood films. The movie was earlier titled as ‘It’s Entertainment’, but the makers recently decided to change the title owing to a clash with an already registered movie name.

The shooting for the film began on June 3, 2014 in Mumbai. The songs of the film have been composed by Sachin-Jigar.

Entertainment has been produced by Ramesh S Taurani of Tips Industries Ltd and is all set to be released on August 8, 2014.