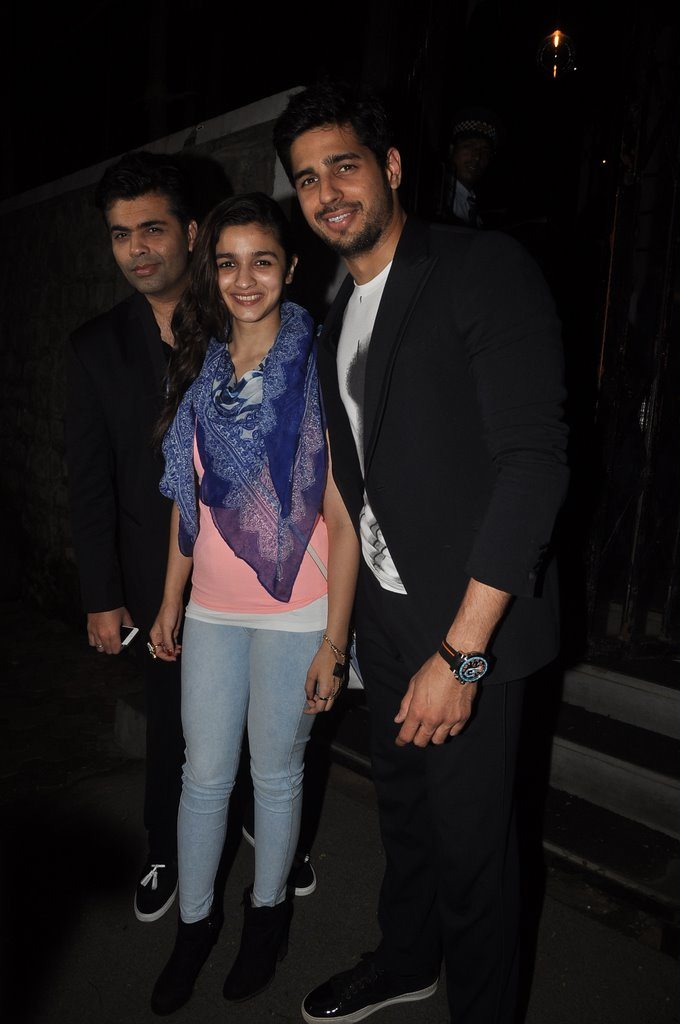 Shutterbugs caught up with ‘Student Of The Year’ trio Alia Bhatt, Karan Johar and Sidharth Malhotra as they exited Lido after a cozy dinner, in Mumbai on July 22, 2014.

Alia donned her usual casual but stylish look, while Sidharth looked his stylish best in a fitting blazer and trousers.

Alia has recently signed the movie ‘Shaandar’ by Vikas Bahl, which is a destination wedding movie opposite Shahid Kapoor. The actress will be seen playing the role of an insomniac.