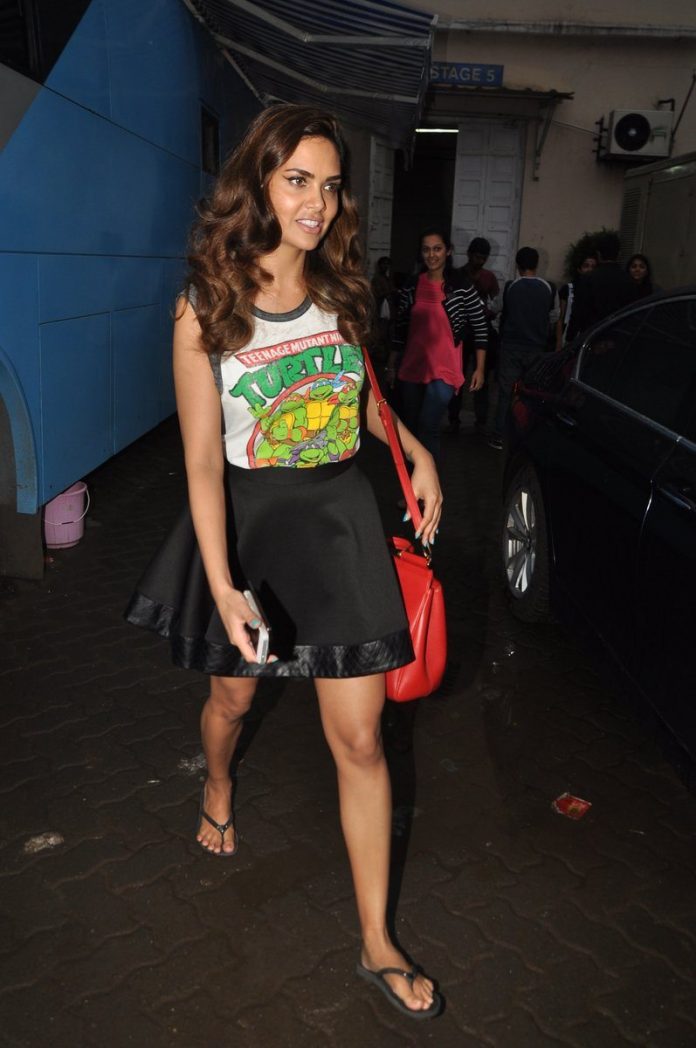 Esha Gupta is a busy bee with back to back shoots at Mehboob Studios.

Bollywood’s beauty Esha Gupta was at Mehboob Studios in Mumbai on July 23, 2014. The actress looked casual but chic in a Ninja Turtle t-shirt paired with a black skirt.

Esha was last seen in the movie ‘Humshakals’ in which she took on the role of Dr. Shivani Gupta. In 2013, the leggy beauty did a special song – ‘Dhat Teri Ki – in movie ‘Gori Tere Pyaar Mein’.

Esha has signed a three movie deal with Vishesh Films and one of them will soon be out in the theraters.

The actress has earlier worked with the same banner for ‘Chakravyuh’ opposite Arjun Rampal and Abhay Deol.