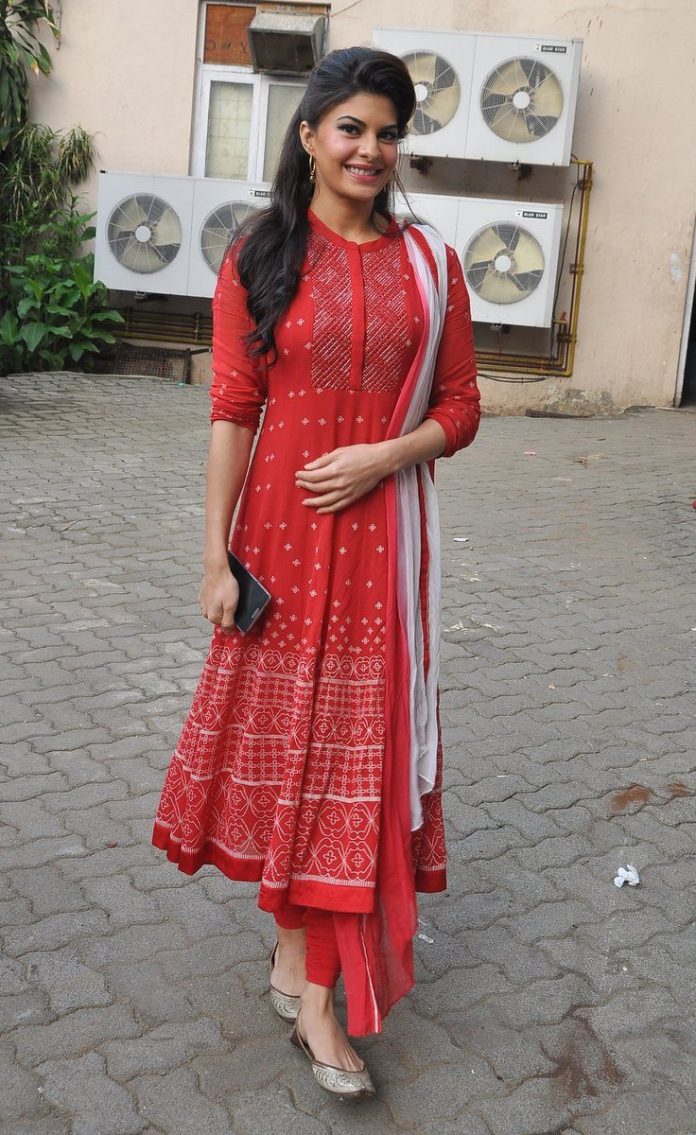 Jacqueline Fernandez stuns in an Indian avatar at Mehboob Studios.

The ‘Total Dhamaal’ actress will play Salman’s love interest in the film. This will also be the first time Salman and Jacqueline will share screen space. Kick also stars Randeep Hooda and Nawazuddin Siddiqui in supporting roles.

The film is expected to be a complete blockbuster at the box office considering its perfect festive release timing.