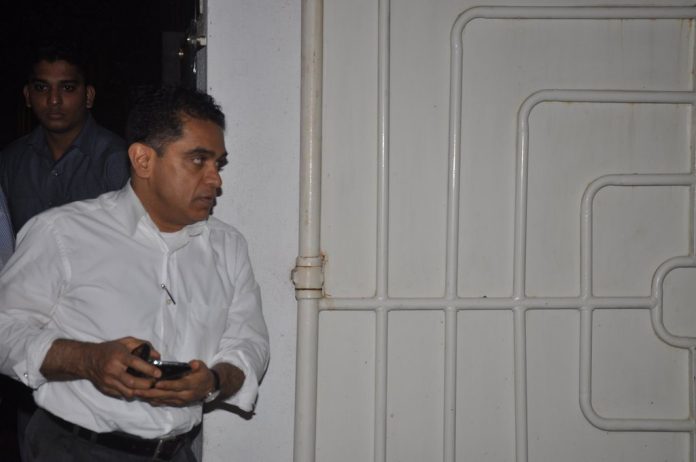 Filmmaker Firoz Nadiadwala surprised the paparazzi on July 24, 2014 as he was snapped outside Sunny Super Sound in Mumbai. Nadiadwala has produced some major Bollywood blockbuster movies like the ‘Hera Pheri’ series, ‘Awara Paagal Deewana’, ‘Aan- Men at Work’ and ‘Deewane Hue Paagal’.

The Filmmaker was born to Abdulgafar Nadiadwala and Munira Nadiadwala. Nadiadwala – who is known to be a complete task master – started off under his father’s production company AG Films and was introduced to the world of films at a very young age.

Firoz is known for producing typical big budget Bollywood blockbusters which are replete with action, comedy, drama and make for pure family entertainers.