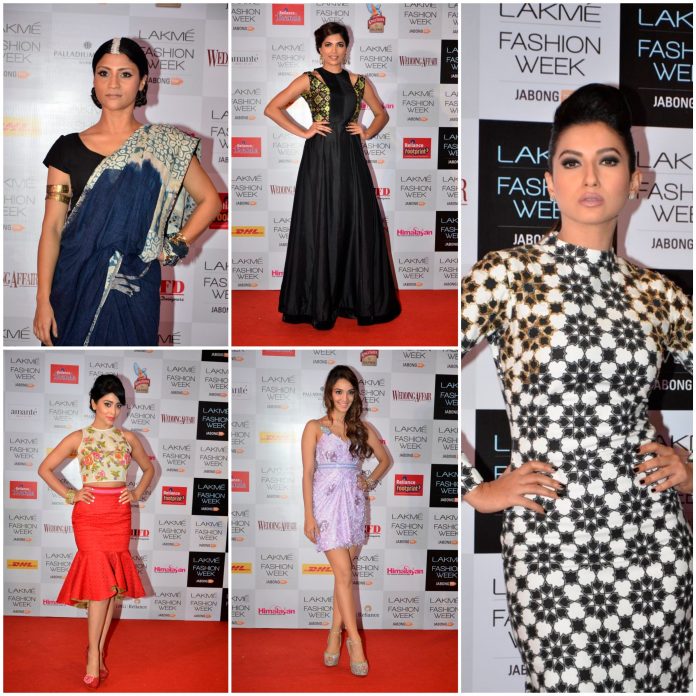 Celebs amp up the glam quotient at the Lakme Fashion Week 2014 announcement.

The Lakme Fashion Week is by far the most important fashion event on the Indian fashion calendar, this year, as the event enters its fifteenth year, ace couturiers from all across the length and breadth of India will show case their designs. Voguish models, gala after parties, exquisite craftsmanship will all be on display from August 20-24, 2014.

Ex Big Boss contestant Gauhar Khan looked ultra trendy in an SVA couture by Sonam and Paras. The leggy lass has sure been on a role ever since her feat in the Big Boss house.

Konkana Sen Sharma was dressed in an Anavila Misra saree, the doe-eyed beauty does have a knack for getting all her ethnic looks right, but this one, we aren’t too sure!

The Lakme Fashion Week is all set to kick of on August 20, 2014, the event’s official Twitter page keeps you in touch with all the happenings.