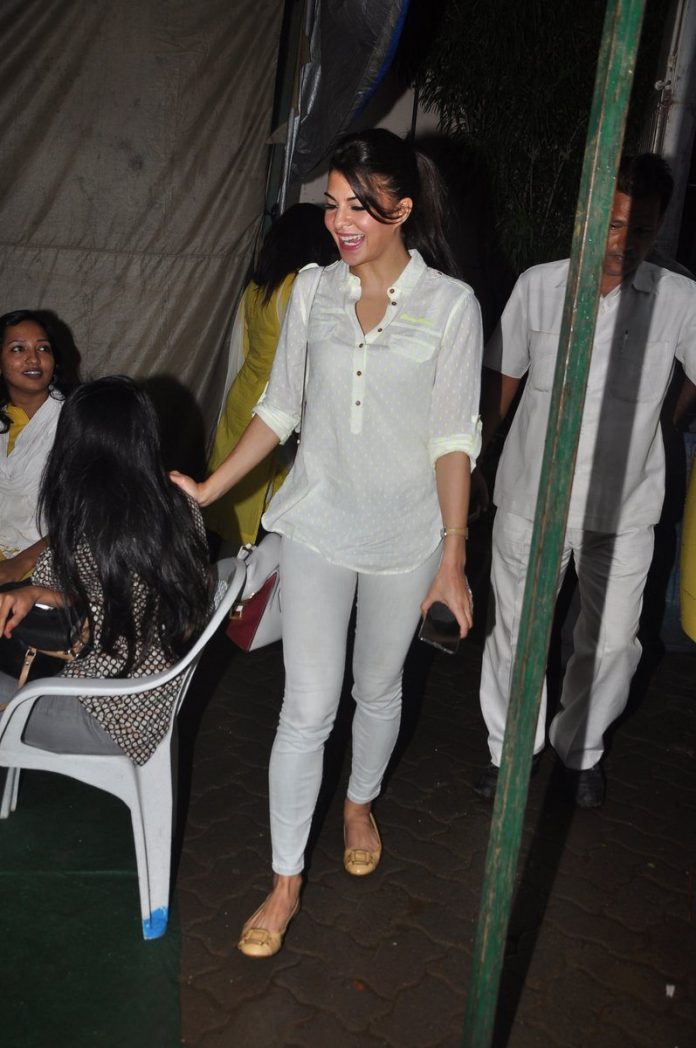 Shutter bugs caught up with Bollywood beauty Jacqueline Fernandez as she had a casual day out in Mumbai on July 28, 2014. The ‘Kick’ star looked her usual trendy self in an all white attire as she happily posed for the cameras.

Jacqueline is currently basking under the glory of her blockbuster release ‘Kick’ opposite Salman Khan.

The Sri Lankan damsel is now preparing for the release of her movie ‘Roy’ which is currently under production. The actress will also make a special appearance ‘Bangistan’ and is working on an English language movie ‘According to Mathew’.