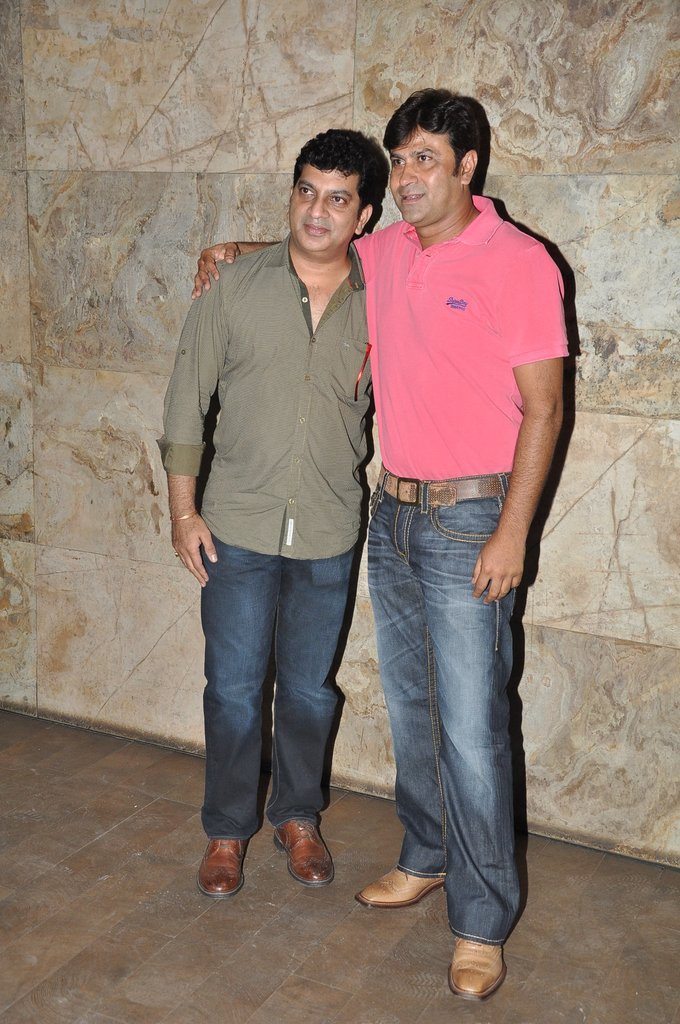 Ace Indian cricketer Sachin Tendulkar attended the special screening of marathi film ‘Lai Bhari’ along with wife Anjali and daughter Sara at Lightbox, Mumbai on August 2, 2014. The special screening was hosted by  producer and actor of the film – Riteish Deshmukh.

The movie hit the silver screens on July 11, 2014 and since then, it has received mixed reviews. ‘Lai Bhari’ also stars Sharad Kelkar and Radhika Apte and reports say that it is the most expensive Marathi movie produced till date.