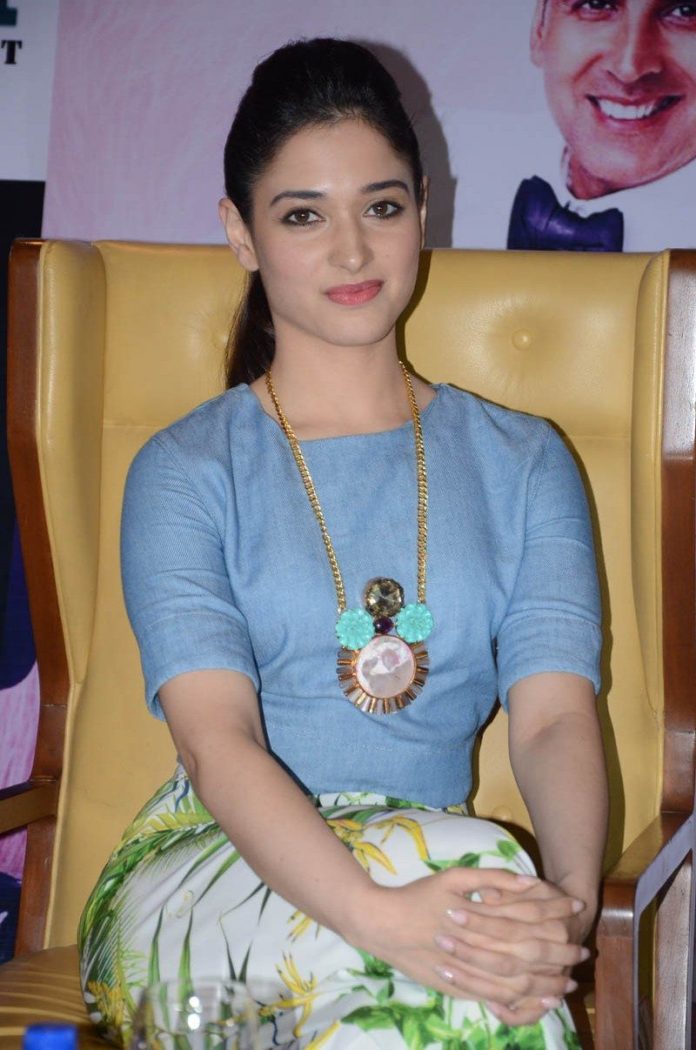 The ‘Humshakals’ starlet looked ultra chic in a pair of palazzo pants paired with a China blue top. The actress has been quite cautious about her sartorial choices for all her public appearances… true Bollywood diva in the making!

Tamannaah has been associated with the south film industry since long and started off in Bollywood with the movie ‘Chand Sa Roshan Cehra’ way back in the early 2000’s, the film did not fare that well at the box office, but Tamannaah did catch the eye of a lot of movie makers.

Her big break was with ‘Himmatwala’ in 2013 opposite Ajay Devgn.

Apart from movies, the 24-year-old is cashing in on a lot of endorsements for brands like Celkon Mobiles, Fanta and Chandrika Ayurvedic Soap.