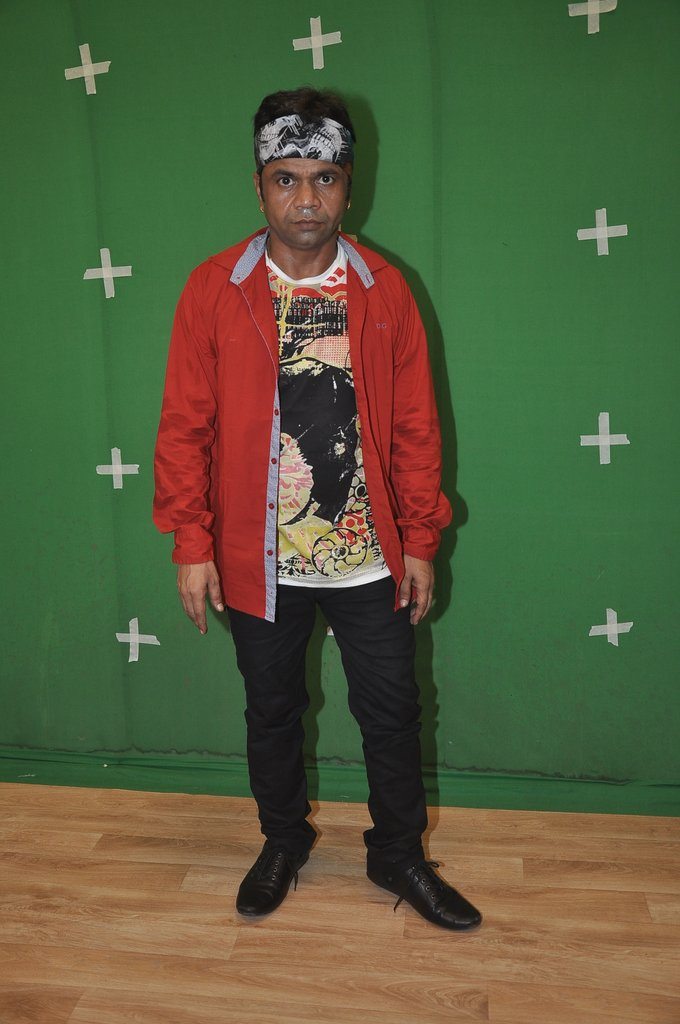 Bollywood’s funny man and actor Rajpal Yadav was on the sets of his upcoming movie ‘Hume Toh Loot Liya’ in Mumbai August 5, 2014.

The actor interacted with the media and said that once he gets in to the skin of the character, then he gives his best and is able to entertain the audience with his refined sense of humor . Yadav added that he is having a gala time shooting for the movie.

The movie is directed by Surendra who has earlier worked with the veteran filmmaker JP Dutta as his Chief Assistant Director.

Rajpal has alwasy enthralled audiences with his innate sense of comic timing and hilarious on-screen persona. He is best remembered for his performances in films like ‘Bhool Bhoolaiyaa’ and ‘Mere Baap Pehle Aap’.