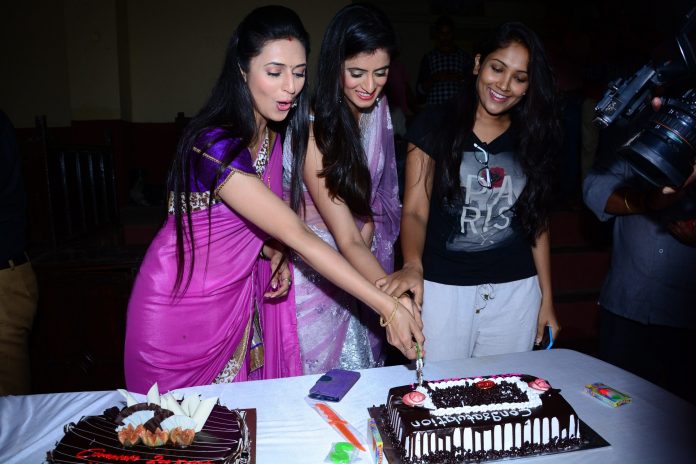 Popular TV Show ‘Yeh Hai Mohabbatein’ of Balaji Telefilms has successfully completed 200 episodes. Aired on Star Plus, the show has become one of the most loved and appreciated soaps for its distinct storyline, exceptional star cast and riveting performances.

The occasion was celebrated on the sets of the show by the entire star cast and crew by cutting a cake.

The TV show, starring Divyanka Tripathi and Karan Patel, also features actress Mihika Verma, who plays the role of Divyanka’s sister. Mihika was thrilled that the show has completed 200 episodes without deviating from its plot and has also managed to keep its viewership intact with the help of nail biting twists and turns.