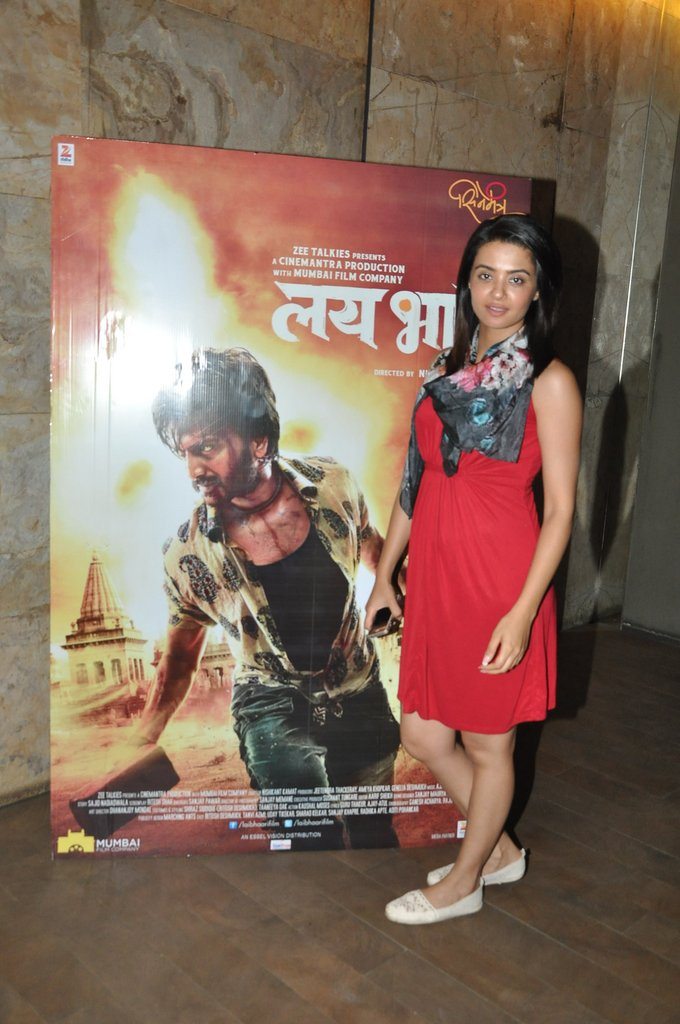 Bollywood newbie  Surveen Chawla was at the screening of actor Riteish Deshmukh’s Marathi movie ‘Lai Bhaari’ at Lightbox, Mumbai on August 5, 2014. The ‘Hate Story 2’ starlet looked pretty in a red dress topped off with a trendy a stole.

Also snapped at the screening was TV actor Sharad Kelkar.

Marathi movie ‘Lai Bhari’ has been produced by Riteish Deshmukh and has also marked the debut of the ‘Ek Villain’ star into the Marathi film industry. The movie hit the theaters on July 11, 2014 and since then, it has been appreciated by audiences and critics alike.