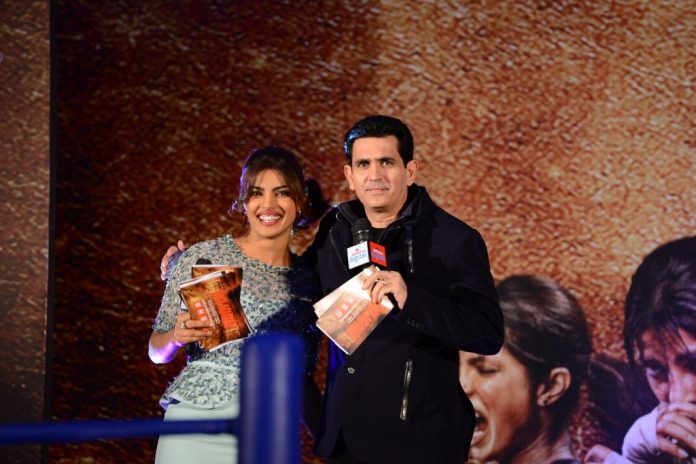 Bollywood’s most awaited biopic Mary Kom has its music launch.

Priyanka showed of her innate sense of excellent fashion in a pale green pencil skirt paired with a sequined peplum top.

Chopra interacted with the media and thanked them for making it to the event.

Boxer Mary Kom showed off her sports spirit with her quintessential boxing gloves, she also proudly held the Indian flag in her hand.

Mary Kom has been directed by Omung Kumar and is a biopic about the Indian Olympic boxer Mary Kom.

The makers of the movie have aimed to make a cinematic spectacle based on the real life of MC Mary Kom, who struggled her way to become a five- time world boxing champion. The biopic’s trailer gives audiences a sense of the hardships and sheer grit that a woman has to deal with to make her mark in a male-dominated sport like boxing.

Priyanka is said to have undergone extensive training while preparing for this role. The ‘Barfi’ actress even visited Mary’s hometown in Manipur, to further get into the skin of her character.