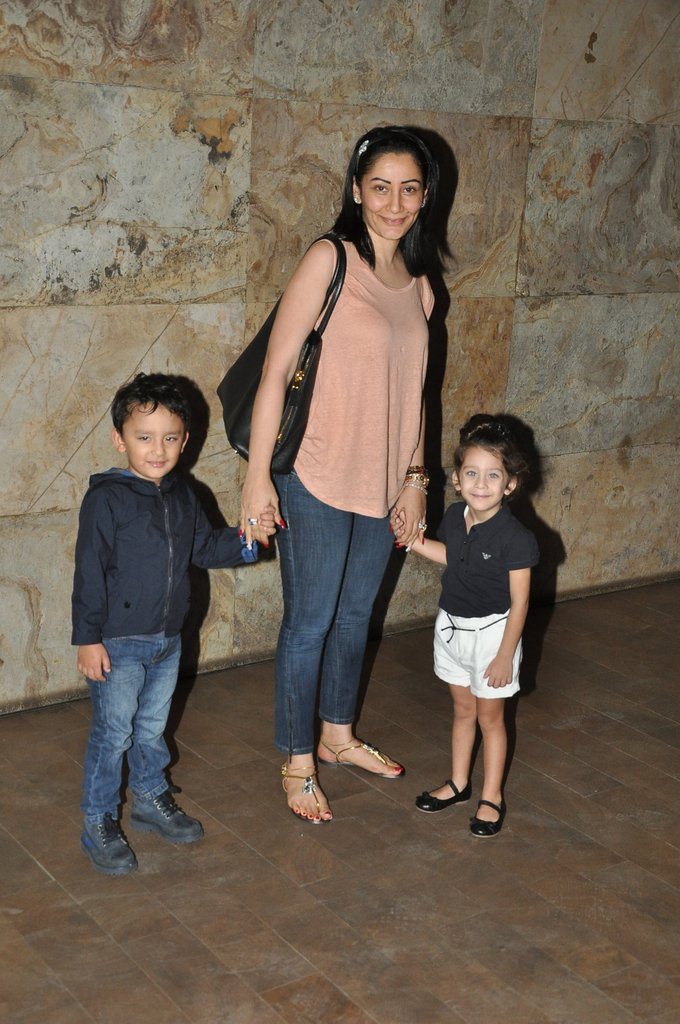 Star Kids Iqra and Shahraan have a movie day with mother Manyata Dutt.

Bollywood star-wife Manyata Dutt was with her children at Mumbai’s Light Box theater on August 7, 2014. Mrs. Dutt was out for a move with children Iqra and Shahraan.

The doting wife is sure putting up a brave front even as her husband and Bollywood star Sanjay Dutt is currently serving prison time at Yerwada Jail in Pune, after he was convicted in connection with the 1993 Mumbai blast case.

The star kids looked their trendiest best in casual outfits. In recent times, Manyata was admitted to the hospital with a serious ailment, for which Sanjay was released from jail on parole.

Manyata and Dutt got married in 2008 after dating for two years. Following which, the couple was blessed with twins in October 2010.