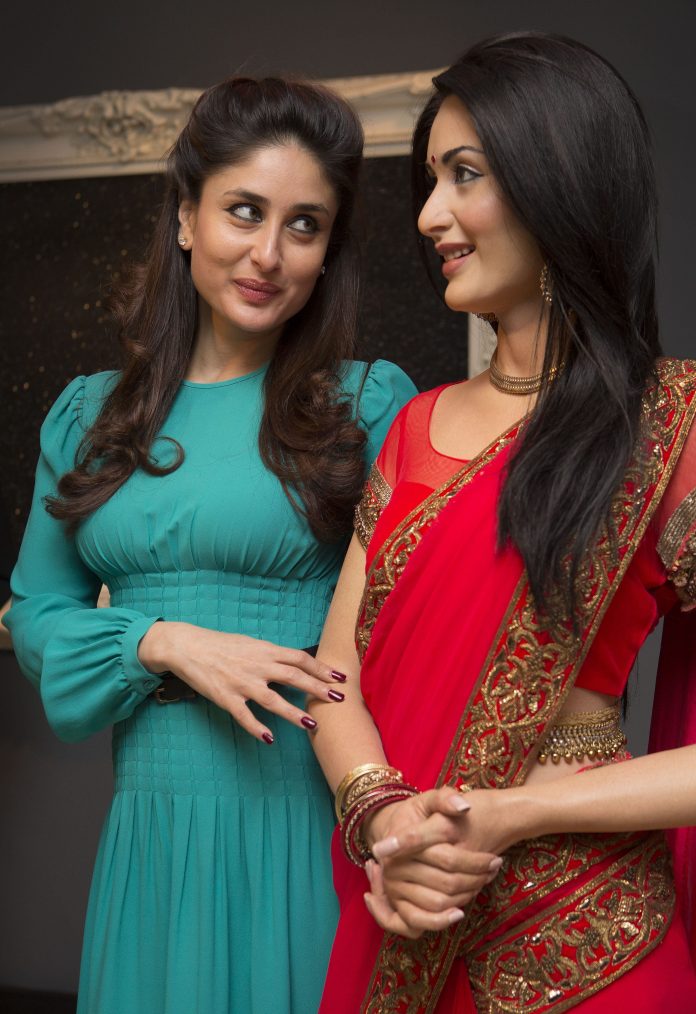 Bollywood actress Kareena Kapoor holds the honour of being one of the few Bollywood stars to have her wax effigy at the coveted Madame Tussauds Wax Museum in London.

The ‘Jab We Met’ star first saw her statue being installed in 2011, the lady’s wax figure has now undergone a complete makeover. Kareena will now don a quintessential red and gold ornate sari, as opposed to her earlier shimmery black outfit.

In an earlier interview, Kareena had said that she was honored and privileged to have her own wax figure at Madame Tussauds, and that it is also a moment of pride for Indian cinema.