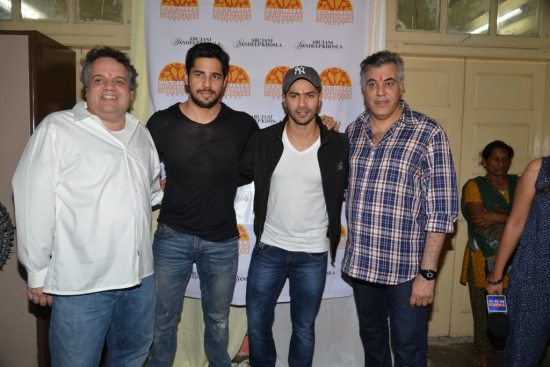 Siddharth Malhotra, who is still riding high on the success of his latest film Ek Villain, has been spotted together with the Humpty Sharma actor, Varun Dhawan, for the first time since rumors broke out in June of a rift in their friendship. News articles stated that the two actors got into a fight at Karan Johar’s birthday bash, however the actors clarified that these were just rumors.

The actors were singing and dancing at the event, while also posing for the shutterbugs. While kids enjoyed their company, the young hunks seemed to enjoy each others company.