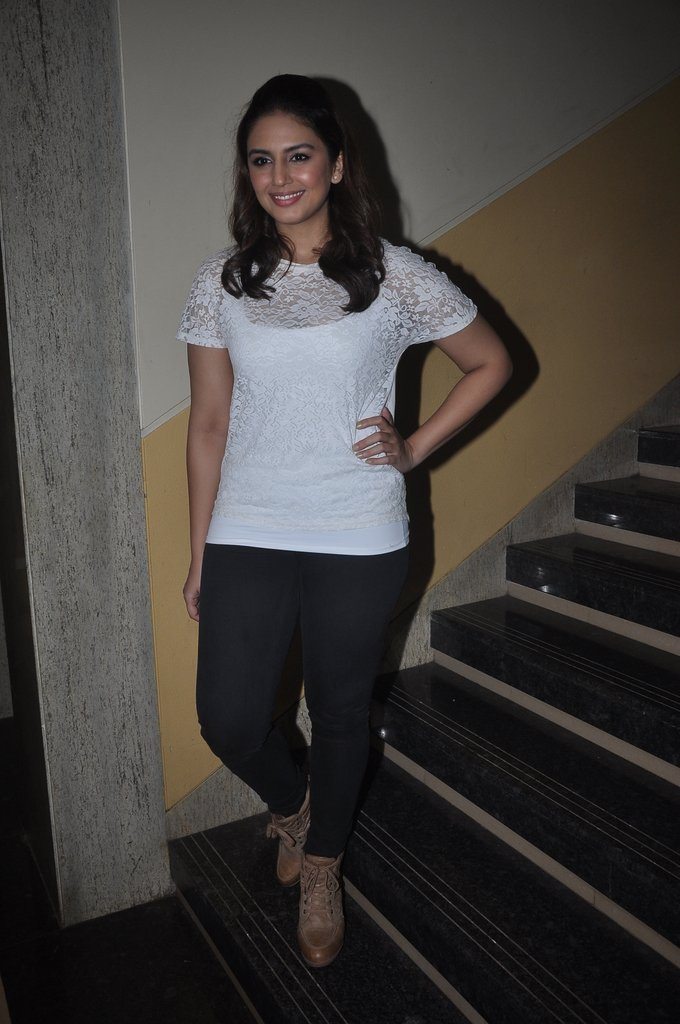 Huma kept it simple in black and white, the ‘Ek Thi Dayan’ star seems to be working hard on getting that enviable figure, Qureshi shared her work out schedule while interacting with the media and said, “I workout almost every day – do yoga, stretching and some running.”

The actress is currently shooting for her upcoming projects ‘Badlapur’ and ‘X’ which are due to be released soon. Huma was last seen in the movie ‘Dedh Ishqiya”.

All the three Bollywood celebs were judges for a competitive event and even distributed prizes to deserving students.