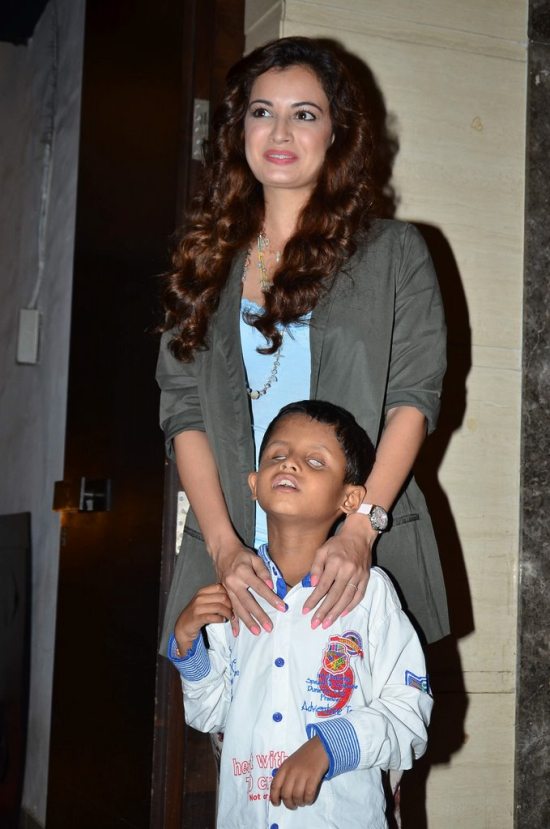 Dia Mirza supports Braille literacy at the launch of ‘B for Braille’, a musical short film.

In an initiative to propagate Braille literacy in India, Bollywood actress Dia Mirza showed her support by launching ‘B for Braille, a musical short film, on August 26, 2014, that was screened at the Light Box Theater, Mumbai. The film is a project undertaken by White Print, the country’s first English lifestyle magazine in Braille.

The story line revolves around a visually impaired 10-year-old, who stumbles into an intriguing book that enables him to form an intensely heartfelt connection with his father’s storytelling.

It is his sincere and deep-seated interest in reading books and his connection with the stories that propels his parents to pursue ways to teach him how to read.

The former beauty queen is currently riding high on the success of her production debut, ‘Bobby Jasoos’ – starring Vidya Balan and Ali Fazal. The film was a slow success, but managed a good commercial run at the box office.

Dia is actively involved in addressing myriad social issues. She is an active member of Cancer Patients Aid Association, PETA, Child Rights and You (CRY), ADAPT, Greenpeace India, and the Coca Cola foundation. She is also associated with several female infanticide campaigns.

The actress also won the Green Award at IIFA 2012 for spreading awareness about environment-related issues.