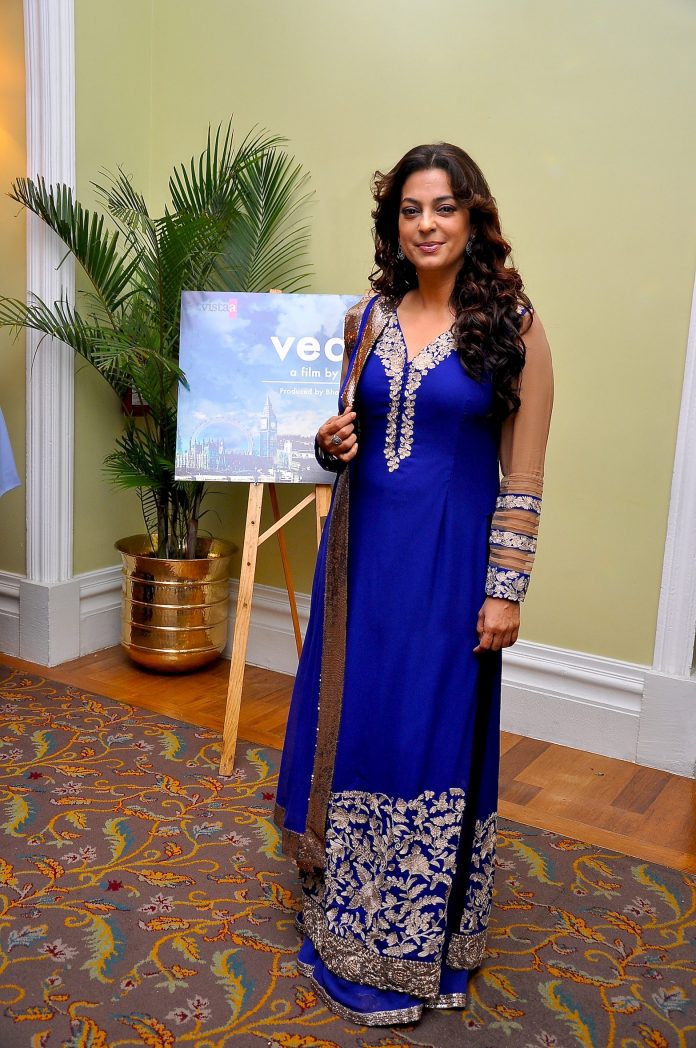 Bollywood actress Juhi Chawla and actor Sanjay Suri attended the launch of an upcoming film ‘Veda’ held at the Taj Hotel in Colaba, Mumbai on August 26, 2014. Juhi stunned in a royal blue Indian avatar, while Sanjay kept it simple and stylish in bandhgala jacket.

The deputy prime minister of Britain, Nick Clegg, was also present at the event to give the Mahurat shot. The upcoming movie is directed by Onir and is an adaptation of the Shakespeare’s literary masterpiece ‘Hamlet’.

In a recent interview, Onir has said that ‘Veda’ is a mainstream movie and has an intense love story. This is also the first time the director is experimenting with a love story. The movie is co-produced by Sanjay Suri.