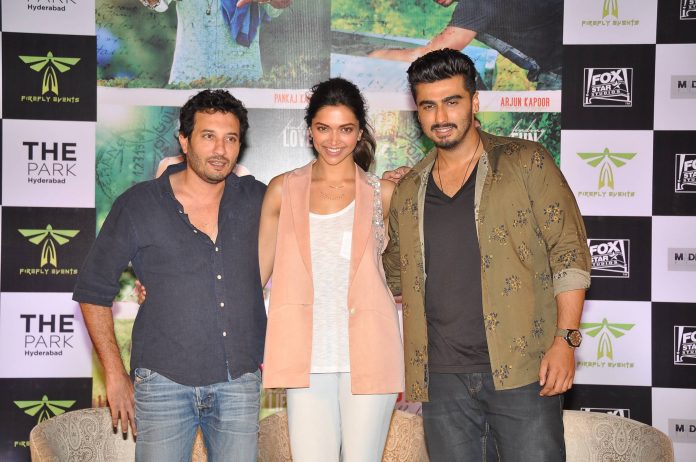 Bollywood actors Arjun Kapoor and Deepika Padukone traveled southward to promote their upcoming movie ‘Finding Fanny’ in Hyderabad, along with the entire cast and crew, on September 2, 2014. Director Homi Adajania also attended the promotions in the Char Minar city.

The story builds on the course of a road trip, which is set in Goa in search of Fanny, who is the love interest of the character played by Naseeruddin Shah. The movie premiered on September 1, 2014 and is all set to hit the theaters on September 12, 2014.