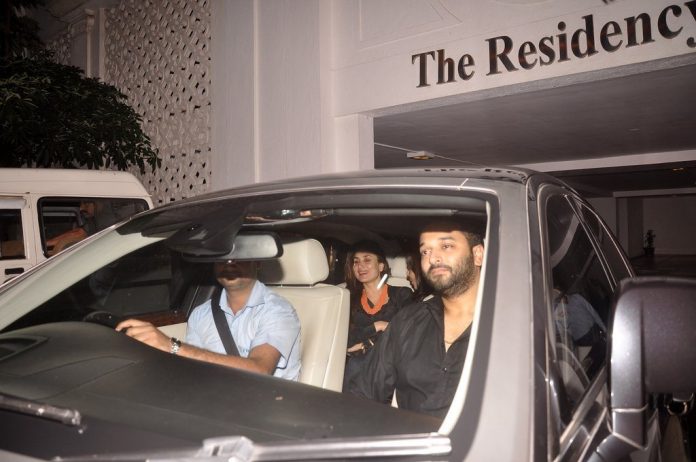 It was party time for Kareena Kapoor and Malaika Arora as they made their way to Karan Johar’s house.

Bollywood actress Kareena Kapoor and Malaika Arora were seen pulling up in their cars outside Karan Johar’s residence at Bandra in Mumbai on September 6, 2014. Celebrities had gathered for a casual get-together at the filmmaker’s place. Other celebrities who also attended the event included Amrita Arora, Manish Malhotra and Jitesh Pillai.

The ‘Jab We Met’ actress tried her best to hide her face from the cameras. The actress has recently signed for a movie with filmmaker Kabir Khan opposite Salman Khan.

The film has been named ‘Bajrangi Bhaijaan’. Kareena was last seen in the movie ‘Singham Returns’ opposite Ajay Devgn, the sequel to ‘Singham’ (2011).