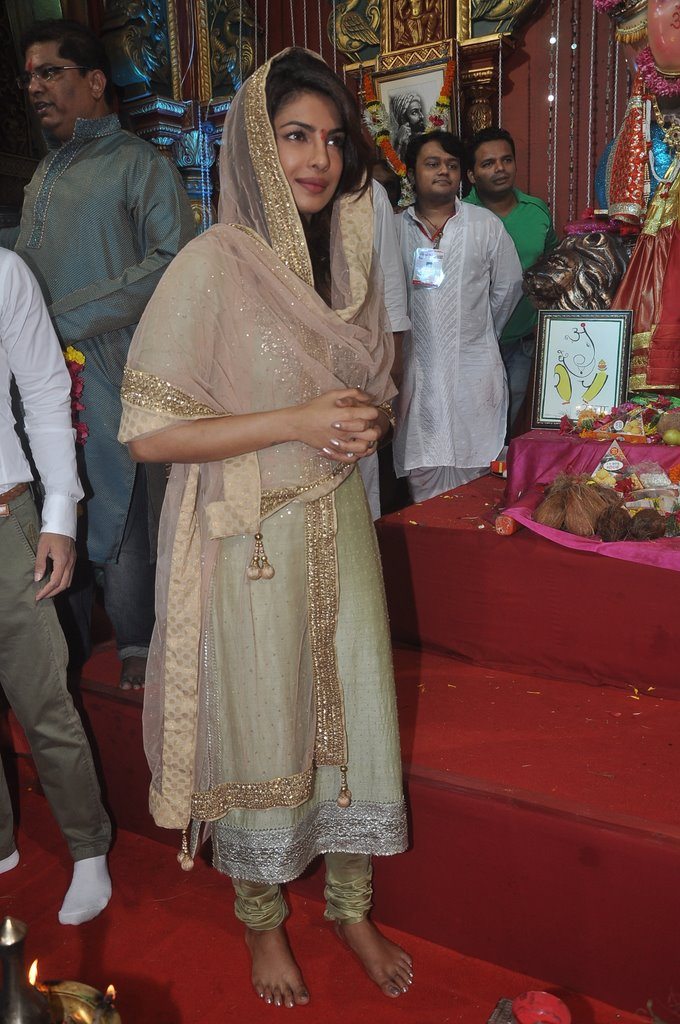 Bollywood actress Priyanka Chopra is celebrating success with her biopic flick ‘Mary Kom’. Chopra thanked for her success as she visited the Ganpati mandal ‘Andheri Ka Raja’, where she offered prayers on September 10, 2014.

The movie is based on the olympic boxer Mary Kom and hit the theatres on September 5, 2014. Running successfully all over, ‘Mary Kom’ is directed by Omung Kumar and is produced by Sanjay Leela Bhansali. Priyanka had previously said that she worked hard to play the role of an iconic boxer and has undergone tough sessions and research.

The movie has narrated the struggle of a female boxer to follow her passion to learn boxing.