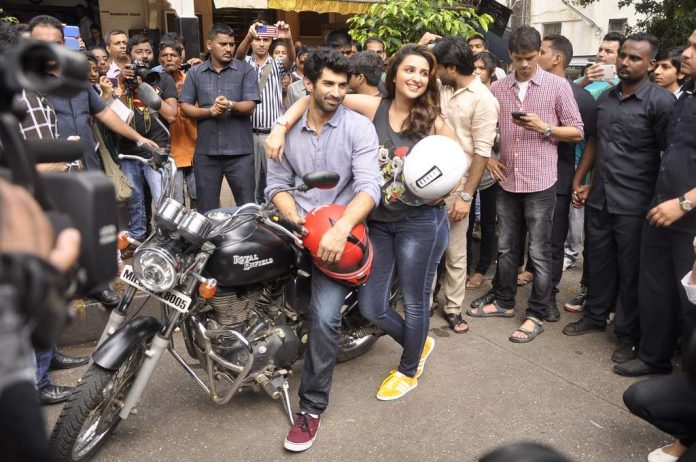 The lead actors of the movie were seen enjoying South Indian delicacies in the morning at the venue. The actors binged on delicacies like rasam vada, butter idli and dosa. Parineeti and Aditya were seen in casual attire as they started their yatra at 9 AM.

The actors will be trying various delicacies at different locations across India. The Food Yatra is a part of the promotions of ‘Daawat-e-Ishq’, which is all set to hit the theaters on September 19, 2014.