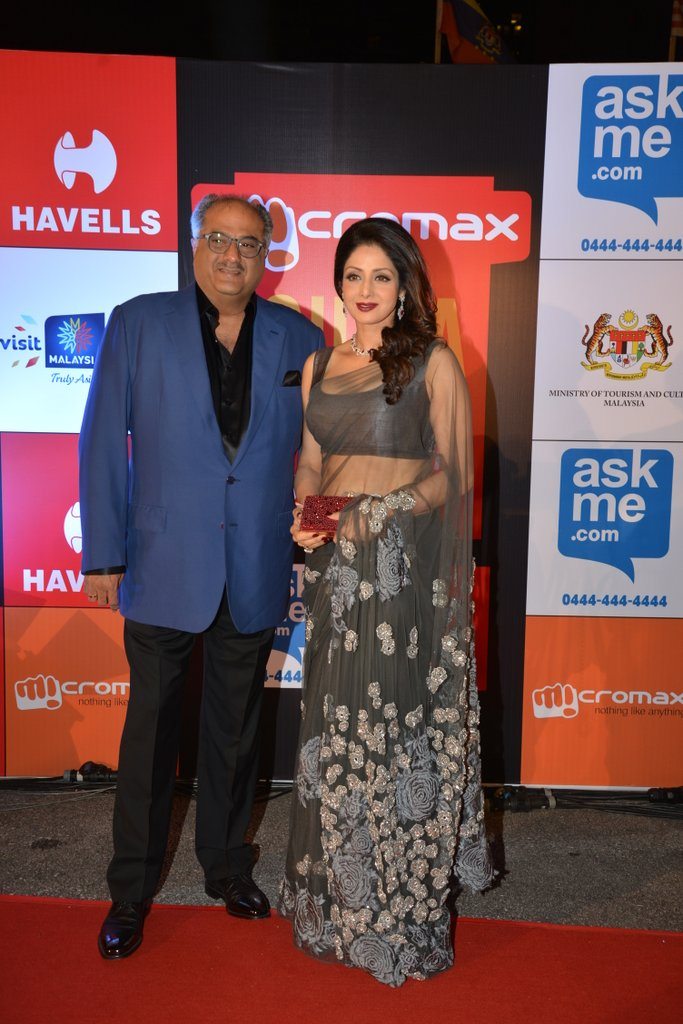 It was raining celebs at the SIIMA Awards in Malaysia.

Qureshi on Twitter wrote, “Looks from the recently concluded SIIMA in KL styled by my friend Nitika Seth. What do u all think?” Even Sridevi posted an image and wrote, “At the red carpet of the SIIMA awards with Boney Kapoor.”