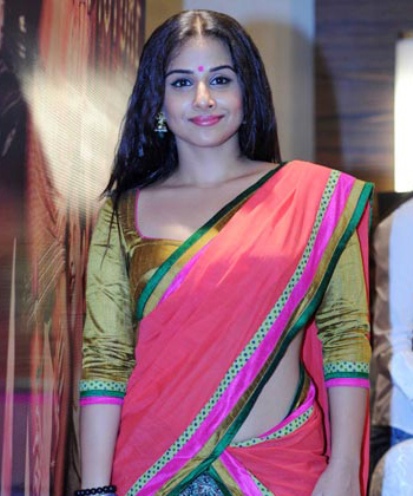 After the Dirty ‘Ohh La La’ song in the movie ‘The Dirty Picture’, actress Vidya Balan is all set to do another item song. Balan will now be seen grooving in an item song from the movie ‘Ferrari Ki Sawari’ by Vidhu Vinod Chopra.

For the new item song the actress is making sure that she once again keeps up her oomph factor up to the mark with the help of the right costumes, make up and hair. The director Rajesh Mapuskar and Vidya are these days busy finalising the look in the song.

Producer Chopra says that they are not supposed to talk about Vidya’s look for the item song. Balan has reportedly seen a few portions of ‘Ferrari Ki Sawari’ along with the producer and director after which the actress instantly agreed to do the item song. Post ‘The Dirty Picture’ the actress is now working out to shed the extra kilos that she put on for the movie. So the audience can expect a slimmer and sexier look.