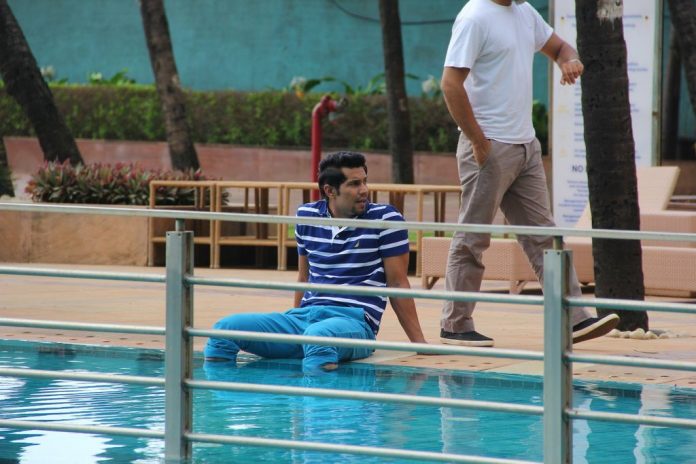 Shutter bugs caught up with ‘Highway’ star Randeep Hooda as he relaxed by the swimming pool in suburban Mumbai on September 20, 2014. The Bollywood actor seemed to be in an uber relaxed mood with his legs dipped inside the pool, he looked his casual best in a pair of jeans and a stripped t-shirt.

Randeep was last seen in the movie ‘Kick’ playing the role of a top police officer Himanshu Tyagi. At present, the actor is preparing for his upcoming project ‘Rang Rasiya’ which is based on the story of the 19th century painter Raja Ravi Varma.

The movie is directed by Ketan Mehta and is produced by Deepa Sahi and Aanand Mahendroo.

Hooda’s career took off post Imtiaz Ali’s ‘Highway’, which released in February this year. Randeep shone opposite the young Alia Bhatt and has managed to establish himself as a serious player in the industry.