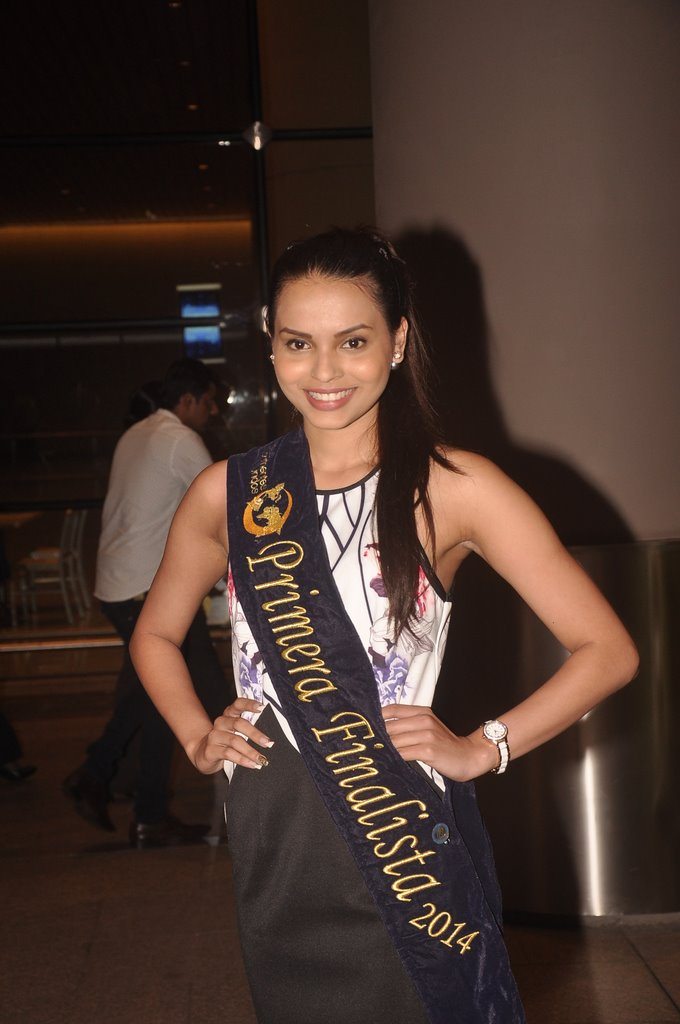 Shutter bugs caught up with Indian model and beauty queen Gail Nicole Da Silva at the airport as she returned as a winner on September 20, 2014. Da Silva was crowned the first runner up at Miss United Continent 2014 pageant.

The model also won two special awards – Miss Photogenic and Best National Costume. Gail is a native of Goa and completed her graduation from the Dempo College of Commerce and Economics.

The model was also one of the top ten finalists of the Femina Miss India 2013, but did not win the crown then.