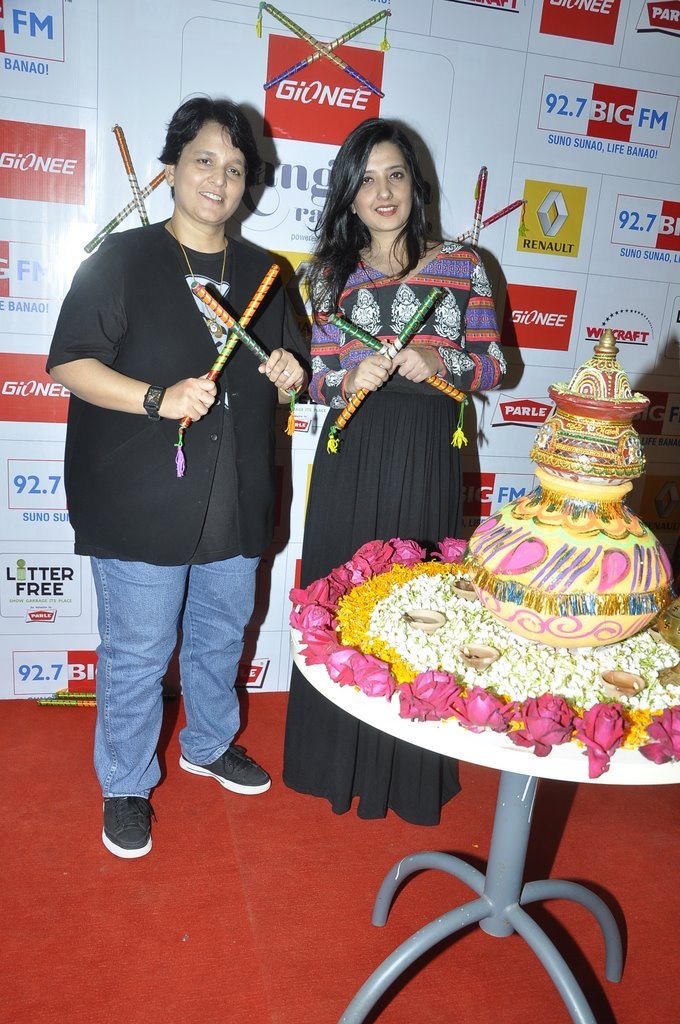 Singer Falguni Pathak was at the Big FM studio for a Navratri special.

The Queen of Dandiya, Falguni Pathak spent some time  with the Big FM 92.7 team at the studio talking about the forthcoming Navratri Utsav at Mumbai on September 23, 2014. Falguni is known for her melodious voice and her speciality in traditional dandiya music.

Falguni shared the musical plans for this year, “We prepare three months prior to Navratri. There are times that we go to smaller cities just to get the feeling of the music played there.” The singer made her debut in 1998 and since then has managed to develop a huge fan base in India and abroad.

Falguni is more popular among the Gujarati community and is mostly called for Navratri festivals to perform.