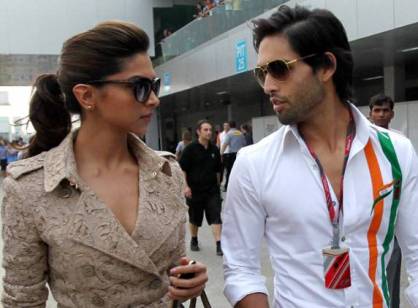 Bollywood actress Deepika Padukone, who was reportedly in a relationship with Siddharth Mallya, has hinted that she has moved on. The actress took her BlackBerry Messenger to announce that she is no longer in a relationship.

The ‘Love Aaj Kal’ actress has not only changed her status but has also changed the profile picture, which has clearly indicated that she is no more in a relationship. Padukone has updated her status as ‘Game Over’ and has also replaced her picture with a dark image.

Some of the close friends of the actress said that she was upset for a while and changed her BBM status for a day or two. But now everyone has come to know about the split.

Deepika was earlier in a very serious relationship with Ranbir Kapoor and had almost given up her acting career for him. But the Casanova image of Kapoor did not go down well with Deepika after which they called off their relationship. Even before Ranbir, the actress was in a relationship with Nihar Pandya, whose story will now be made in a movie. Deepika was last seen in the movie ‘Desi Boyz’ opposite Akshay Kumar and John Abraham. Padukone and Siddharth had never come out in open about their relationship.