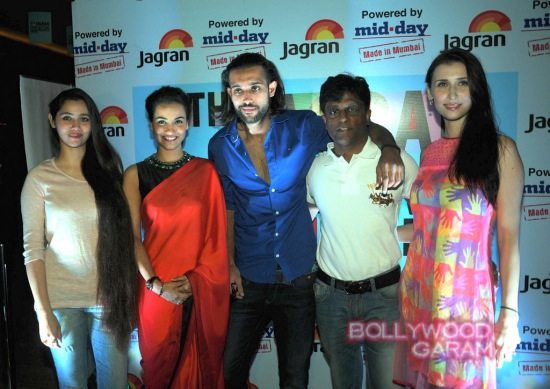 Star cast of the upcoming movie ‘Desi Kattey’ were at the 5th Jagran Film Festival in Mumbai on September 24, 2014. The makers of the movie have their fingers crossed as it is all set to hit the silver screens on September 26, 2014.

The event saw Claudia Ciesla, Sasha Agha, Twinkle Bajpai and Akhil Kapur attending the festival. The festival aims to create a platform for showcasing several movies from India and abroad.

Desi Kattey also stars Sunil Shetty, Jay Bhanushali and Ashutosh Rana in key roles. The story of the movie is about two orphans who grow up in a village and make country guns to earn a livelihood. The movie has narrated their journey and how they become national level shooters.