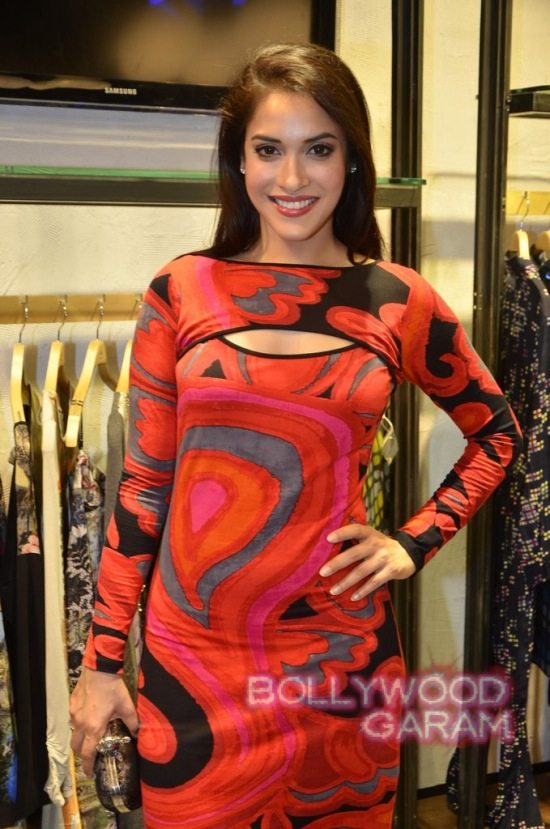 Anjana Sukhani looked chic in a red printed dress, while socialite Nisha JamVwal looked her stylish self in a floral dress.

‘Lekar Hum Deewana Dil’ starlet Deeksha Seth was also at the store launch and looked her vibrant self in printed ethnic outfit.

Ritu Kumar is a popular celebrity designer and has styled various celebrities in Bollywood. She is also one of the first designers in the country to revive ancient handloom techniques by using it in her high-end couture.

Kumar is mainly known for her exquisite best Indian outfits with heavy textile and embroidery. Apart from traditional work, the designer has also launched a collection for the younger generation.