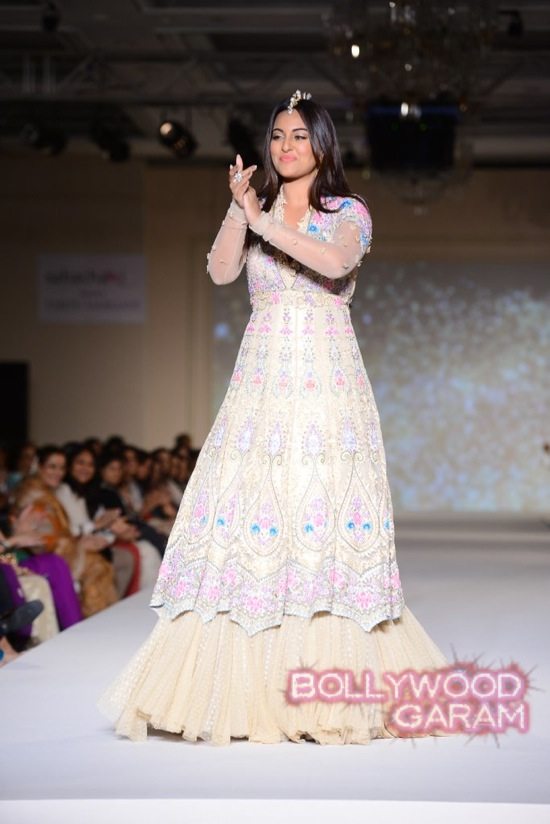 Bollywood actress Sonakshi Sinha walked the ramp for designer Tarun Tahiliani, the couturier was showcasing his ‘Modern Mughals’ collection for the Sahachari Foundation at the Hotel Taj Mahal Palace in Mumbai on September 28, 2014. The ‘Dabangg’ actress looked ultra elegant in a heavily embroidered Indian outfit.

Sinha was also accompanied by mother Poonam Sinha. The actress is currently preparing for some of her upcoming projects including ‘Action Jackson’, ‘Lingaa’ and ‘Tevar’.

Sonakshi got her big break in Bollywood opposite Salman Khan with the movie ‘Dabangg’, after which she proved her acting abilities in various movies like ‘Rowdy Rathore’, ‘Joker’, ‘Son Of Sardar’, ‘Dabangg 2’, ‘Lootera’, ‘Boss’, ‘Bullet Raja’ and ‘Himmatwala’.

The Sinha girl’s career is sure going great guns!