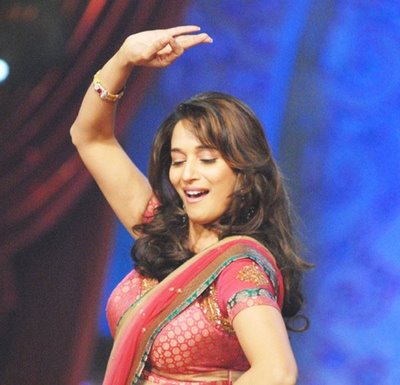 The popular celebrity dance reality show ‘Jhalak Dikhla Jaa’ will now be aired on the channel Colors, instead of Sony Entertainment. Last month media reports said that the channel was not planning to bring the show again.

Now the rival channel Colors has grabbed the rights of the show and will be presenting the fifth season of the reality show. Bollywood actress Madhuri Dixit, once again will be a part of the show as a judge.

The dancing reality show is the Indian version of the American show ‘Dancing With The Stars’. Madhuri recently confirmed that she has signed a contract with the makers of the show. Sony Entertainment ran the show for four seasons and has now lost it to Colors channel.

Sources from the industry on the condition of anonymity said that the channel Colors had been eyeing the format for a while. At present the channel is in talks for the celebrity contestants. A spokes person for Colors confirmed that they have acquired the rights of ‘Jhalak Dikhla Jaa’ and will be produced by BBC Worldwide. The show’s format invites contestants who do not have a dancing background. Each contestant is assigned choreographers, who then perform together on the show.