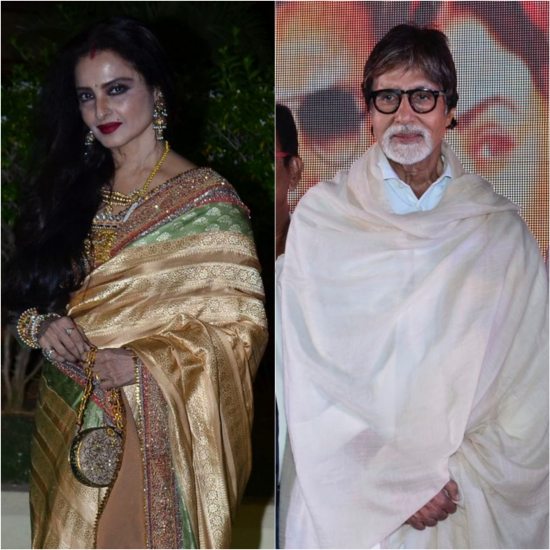 Bollywood’s veteran actress Rekha will soon be seen in the upcoming Amitabh Bachchan starrer ‘Shamitabh’ in a cameo role. The movie will be directed by R Balki.

The actress will be also seen sharing the screen space with south superstar Dhanush, who made his Bollywood debut with the movie ‘Raanjhana’. However, it has not been confirmed whether Rekha and Amitabh will be seen together in the movie. It has been more than 30 years since the two have shared screen space in the 1981 movie ‘Silsila’.

Actor Dhanush a few days ago shared a picture of him with the veteran actress with the caption, “LOOK who I’m sharing screen space with in Shamitabh. The one and only REKHA JI !! #beautyforever.”

The movie is jointly produced by Sunil Lulla and R Balki and also stars Kamal Haasan’s daughter Akshara Haasan. The music for the movie has been composed by popular south musician Ilairaaja. Earlier there were reports that Shahrukh will be playing the lead role but Balki then denied the rumours. The movie has been schedule to be released on February 6, 2015.