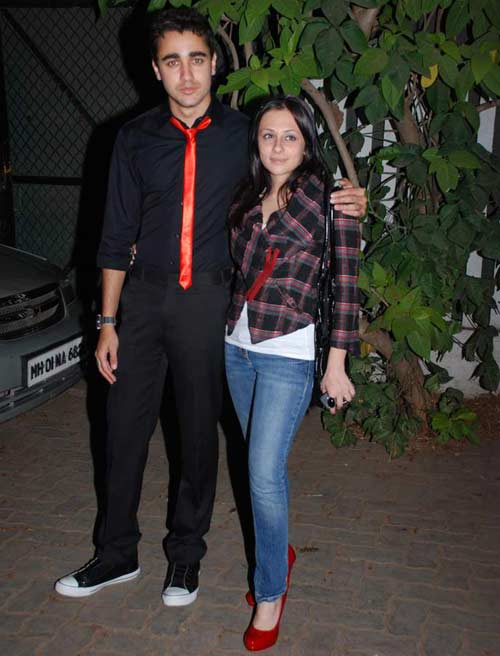 Bollywood Garam: Bollywood actor Imran Khan got married to his longtime girlfriend Avantika Malik in January 2010, and the newly married life seems to be a challenge because we hear that Aamir’s nephew could not make any time to even enjoy a 3 day honeymoon that he had previously planned with his new bride Avantika. ( A sad and frustrating state of affairs for any newly-wed couple)

So why did the honeymoon get cancelled? Blame it on Imran Khan’s extremely tight work schedule as the star is shooting for 2 movies – Karan Johar’s Short Term Shaadi and Yash Raj’s Mere Brother Ki Dulhan. Gossip mills state that the new Mrs. Khan isn’t too happy that her husband cancelled the honeymoon for his work, but Imran (in total Bollywood style) has reportedly promised to make it up to Avantika Malik — somewhere in June! (that’s when his schedule gets some free time!)

Well, it seems that in this case that “the show must go on” for Imran Khan, even if it means that he has to skip a big milestone in his life – his honeymoon!