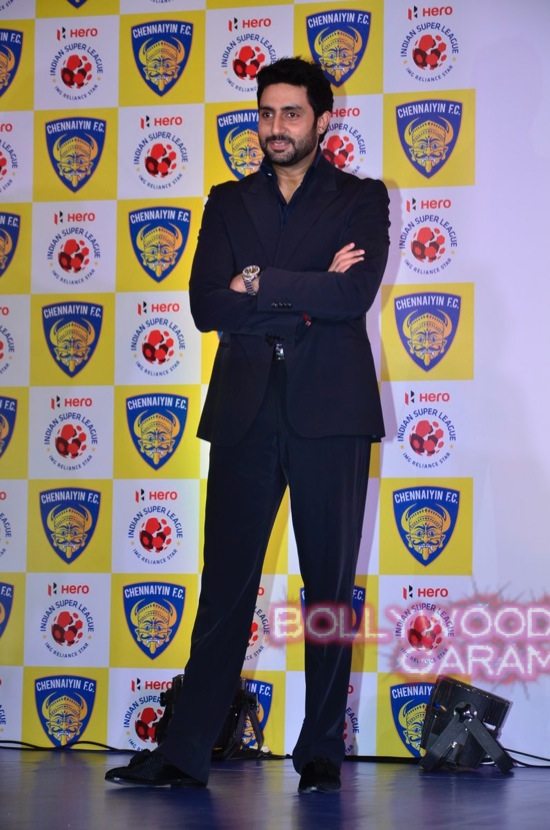 Bollywood actor Abhishek Bachchan unveiled the official jersey of the Super League Team Chennaiyin Football Club at an event held in Mumbai on October 9, 2014. The ‘Dhoom 3’ actor looked great in a black suit.

At the event, Jr. Bachchan also wore the jersey and posed with his team members. Other co-owners of the ISL include celebrities John Abraham and Ranbir Kapoor. John is the co-owner of the North East United FC while Ranbir is the co-owner of Mumbai City FC. ‘Student of the Year’ actor Varun Dhawan and Indian cricketer Virat Kohli are the brand ambassadors of FC Goa.