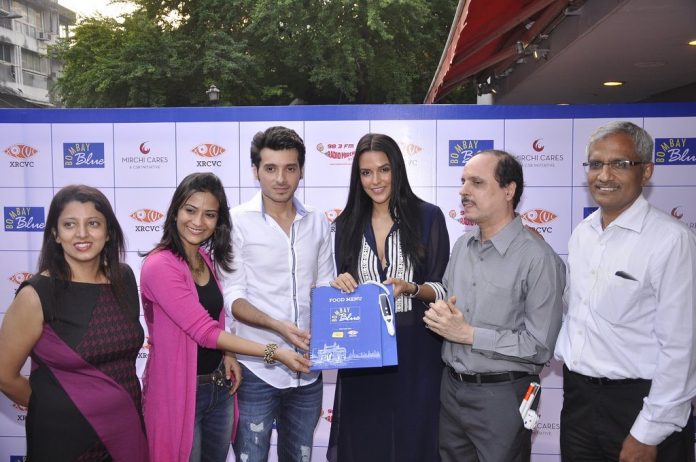 The lead cast of the movie ‘Ekkees Toppon Ki Salaami’ – Neha Dhupia, Divyendu Sharma and Aditi Sharma – attended the launch event of India’s first Braille and Audio Menu for the visually impaired at Bombay Blues Restaurant in Mumbai on October 16, 2014.

At the event, Dhupia expressed that the team of ‘Ekkees Toppon Ki Salaami’ were honoured to attend the event for the special food menu which has been developed for the first time in the country.