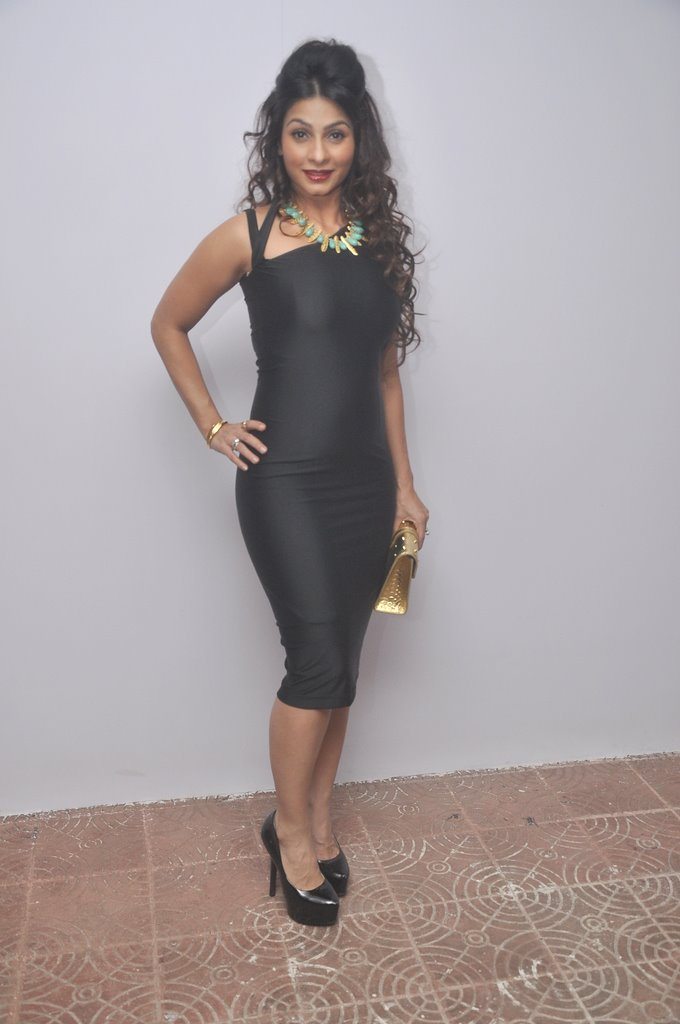 Bollywood actress Tanisha Mukerji was photographed as she left to attend the Miss iDiva bash at Asilo, Mumbai on October 16, 2014. Tanisha looked pretty in a black outfit and accessorised her look with a golden clutch.

Tanishaa was last seen in the reality show ‘Bigg Boss’, during which she got intimate with contestant Armaan Kohli. The actress ended up being the first runner up on the show. Tanishaa made her Bollywood debut with the movie ‘Ssssh..’ in which she played the role of Mahek Gujral opposite actors Dino Morea and Simone Singh.

The actress was also seen in the movie ‘Tango Charlie’ and ‘Neal N Nikki’. Apart from Bollywood the actress has also worked in Marathi, Telugu and Tamil movies.