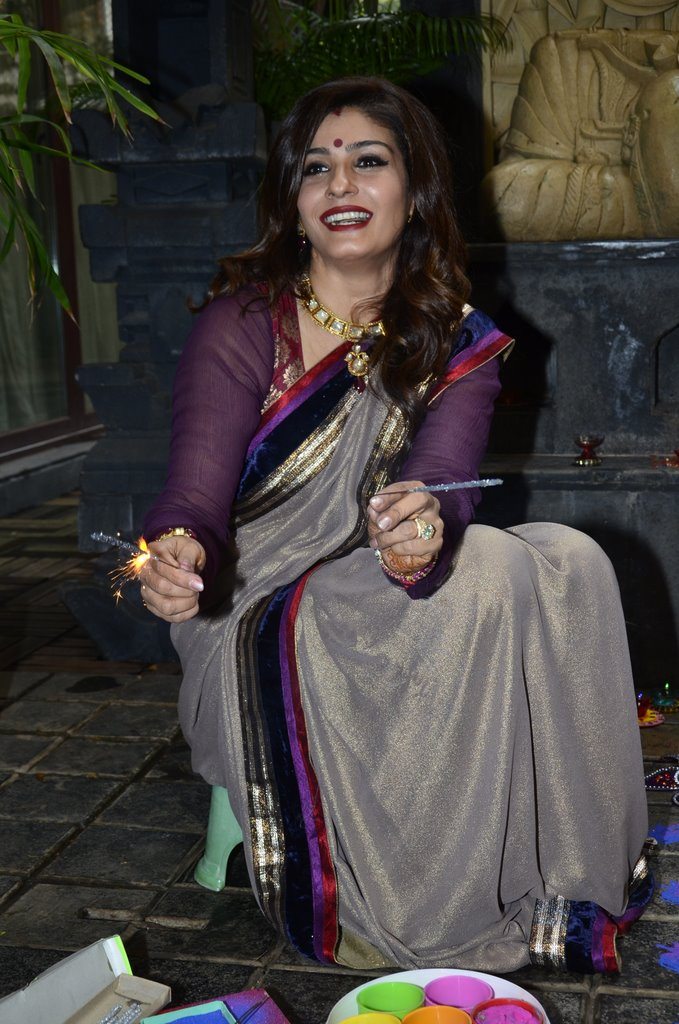 Bollywood diva, Raveena Tandon is all geared up for Diwali and was seen preparing for the festivities. The actress was wearing a pretty sari and was busy making colorful rangolis and lighting diyas. She also burnt a few crackers to mark the beginning of the festivities.

At present, the actress is hosting a show ‘Simply Baatein with Raveena’ and will soon be seen in an upcoming movie ‘Shab’ by Onir. Tandon has been a popular face in Bollywood during the 90s. Some of her noteworthy performances were in ‘Mohra’, ‘Shool’, ‘Pardesi Babu’ and ‘Khiladiyon Ka Khiladi’.

The actress will also be seen in another movie ‘Bombay Velvet’, which is currently in post production.