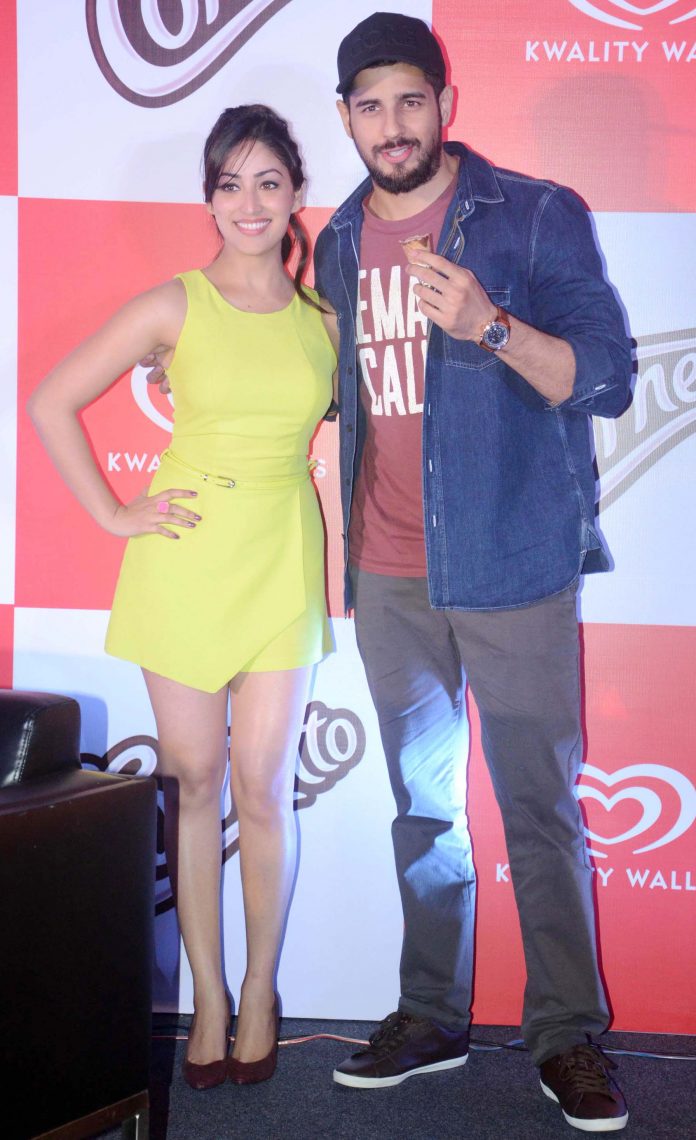 Actors Sidharth Malhotra and Yami Gautam cozy up for Cornetto.

Sidharth voiced his gratitude on Twitter, saying, “Thank you Kolkata and Cornetto India for having me in this city, always a treat, love and respect.” The actor was last seen in the movie ‘Ek Villian’ and is currently preparing for Karan Johar’s co-produced ‘Brothers’ starring Akshay Kumar, which is currently under production.

Another upcoming movie, Shootjit Sircar’s ‘Hamara Bajaj’, will have Yami acting once again opposite Ayushmann Khurana.