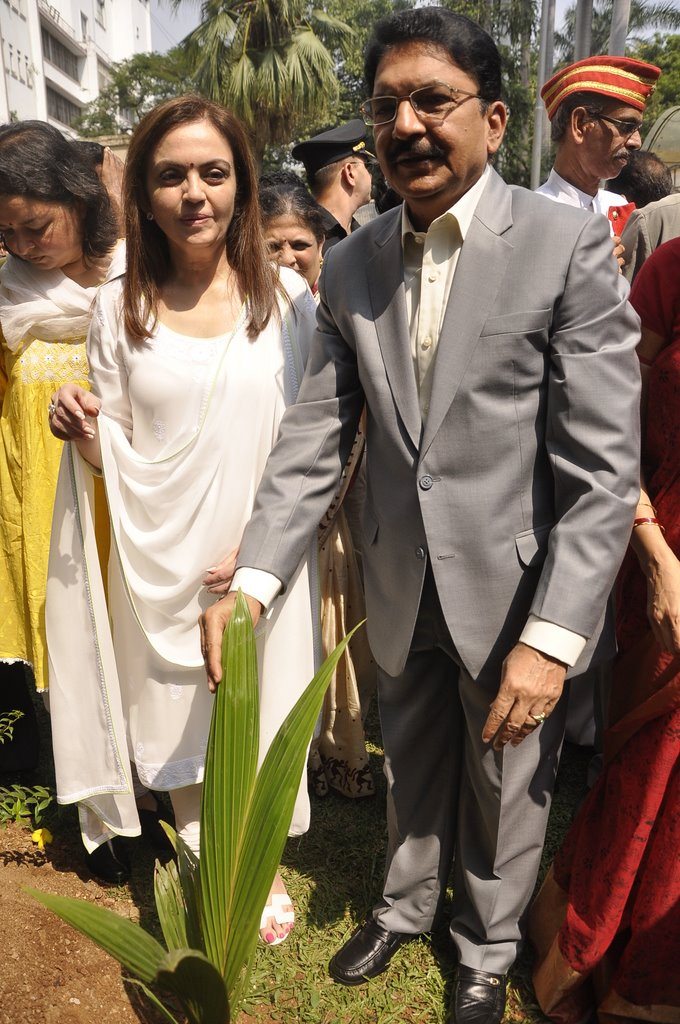 Nita Ambani, the chairperson of the Reliance Foundation, participated in the ‘Swachhata Abhiyan’, also known as cleanliness drive, held in front of the Sir JJ Group of Hospitals in Mumbai on October 18, 2014. She had joined the Governor of Maharashtra and his wife at the event to forward the campaign.

Nita wore a soft white Indian suit while she helped clear up the garbage in and around the area, along with many other attendees of the event. The governor then planted a sappling in the JJ Hospital compound.

The most powerful businesswoman in the country also visited the Byculla market, where dustbins were distributed to vegetable vendors. The organizers of the event also suggested the use of cold storage facilities to preserve the unsold material.