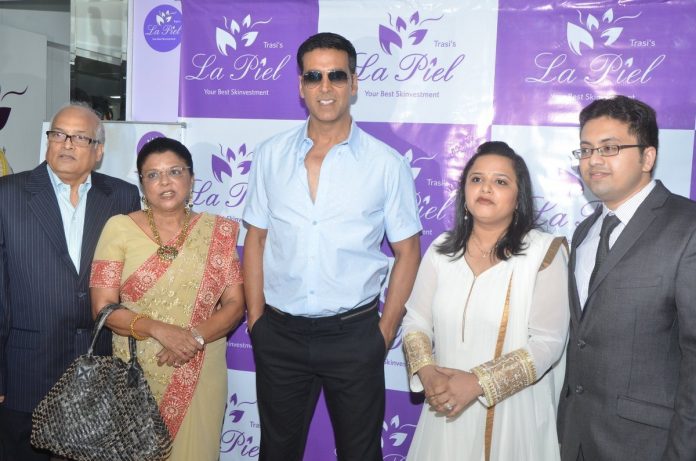 The La Piel clinic in Mumbai is known for providing the best and high quality services in cosmetology. Bollywood actress Sushmita Sen too had earlier inaugurated a clinic of La Piel in another part of the city.

Akshay is currently preparing for the release of his upcoming movie ‘The Shaukeens’, which also features Bollywood diva Lisa Haydon.  The actor will be seen in a cameo role in the flick.

The movie also has Anupam Kher, Annu Kapoor and Piyush Mishra roped in, and will be seen on the big screen on November 7, 2014.